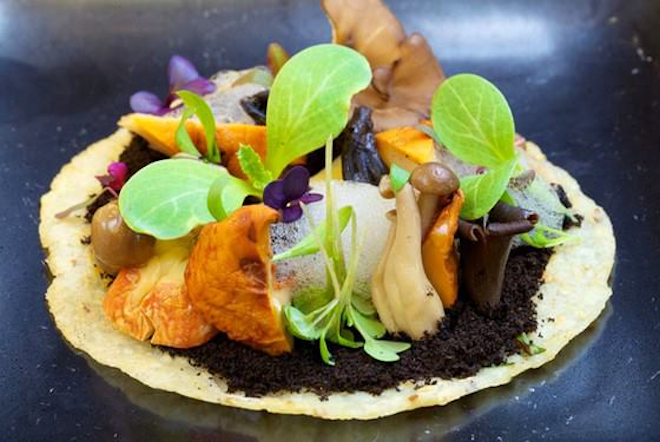 Photograph courtesy of Taste of Mexico

The Taste of Mexico Association will hold its annual event this Friday, October 11 (tomorrow!) at a new venue, the La Plaza de Cultura y Artes, where our fair city was born in El Pueblo de Los Angeles, also known as Olvera St. Two years ago, the four founding members—Frida’s, La Casita Mexicana, La Monarcha Bakery, and Guelaguetza—treated a modest crowd to traditional Mexican cuisine, tequila, and mariachis. Tomorrow night, they will number almost 30 vendors, including a pair of sneak previews.

Chefs Jaime Martin del Campo and Ramiro Arvizu of La Casita Mexicana will be serving up samples of what they plan to serve at their new Baldwin Hills restaurant, Mexicano. The pair are planning on opening their new spot this December.

Before the paint even had time to dry at chef Ricardo Diaz’s excellent Colonia Taco Lounge, he was already making his next move with Duro, a taco dorado, or golden taco concept that will offer multiple takes on Mexico’s crunchy taco. Taste some of Diaz’s newest creations tomorrow night too.

L.A.’s own Ricky’s Fish Tacos will make his festival debut, so grab a glass of Victoria beer for the ultimate taste of Baja—beer and fish tacos.

Visit bartenders Steve Livigni and Pablo Moix behind their booth for some mezcal. The edecanes tequileras, or tequila brand ambassadors will be pouring some blue agave to pair with regional Mexican cuisine, and some the best tacos in this, our year of the taco.