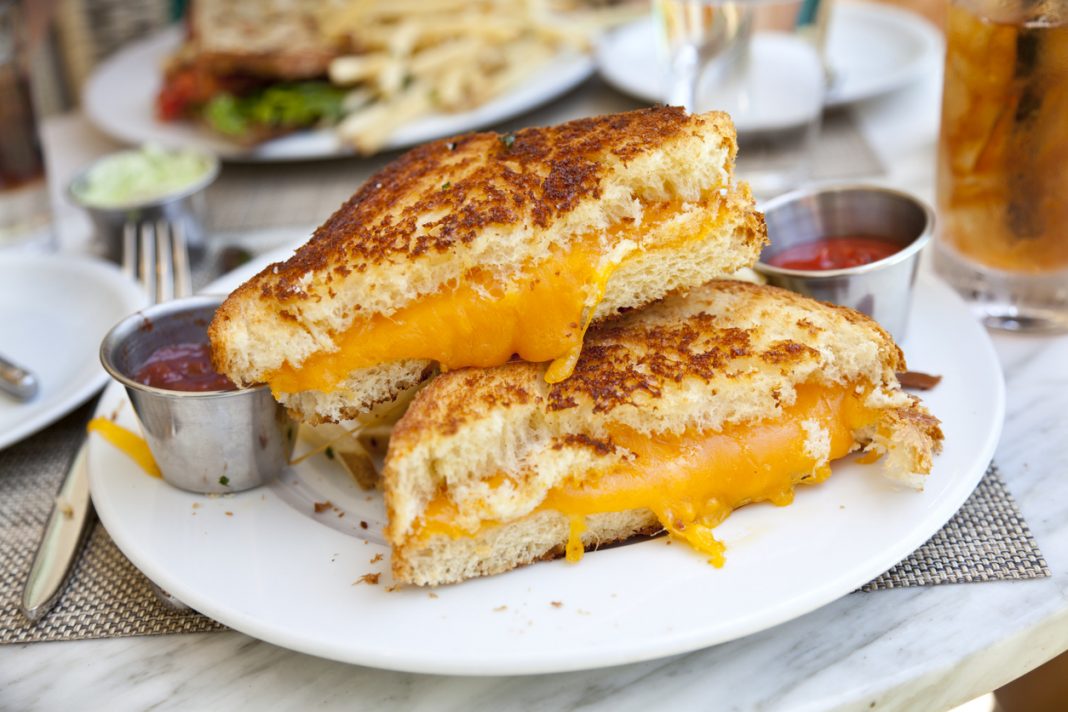 In the year 2000—just months after Will Smith’s seminal album Willenium hit stores—Sang Yoon slapped Gruyere and blue cheese on a burger at Father’s Office and started a craft burger revolution. For that, I will never forgive him.

IT’S NOT EVEN REAL CHEESE.
In the words of Donald J. Trump: Wrong (trademark). American cheese is just a neutral cheese, similar to cheddar or Jack, often blended with milk or other dairy products and an emulsifier to create that signature low melting point. Saying American cheese isn’t real cheese is like saying tomato puree isn’t tomato. Like, you’re half right, but it doesn’t mean anything.

IT’S ALL CHEMICALS.
Well, yeah, technically all matter is made of chemicals. But I see your point. The cheap stuff that comes in plastic-wrapped squares lists a good deal of polysyllabic science words (generally an ominous sign) like milk protein concentrate, sodium citrate, calcium phosphate, and sorbic acid. But the only ingredients that make a quality American cheese—Boar’s Head white American from the deli counter is my personal gold standard—are cream and water blended with real cheese and an emulsifier like sodium phosphate. That’s it.

NO SELF-RESPECTING CHEFS USE IT.
Pshhhhh, sure they would. Ludo Lefebvre, patron saint of L.A. fine-ish strip-mall dining, places no less than three fatty slices of yellow, squishy, utterly perfect American cheese in his bean burrito at Trois Familia. There are two slices of the cheese of the gods christening his foie gras-laced cheeseburger at Petit Trois. If a Frenchman—one of the world’s most notoriously cheese-snobby types of people—can be persuaded to love American cheese, so can you.