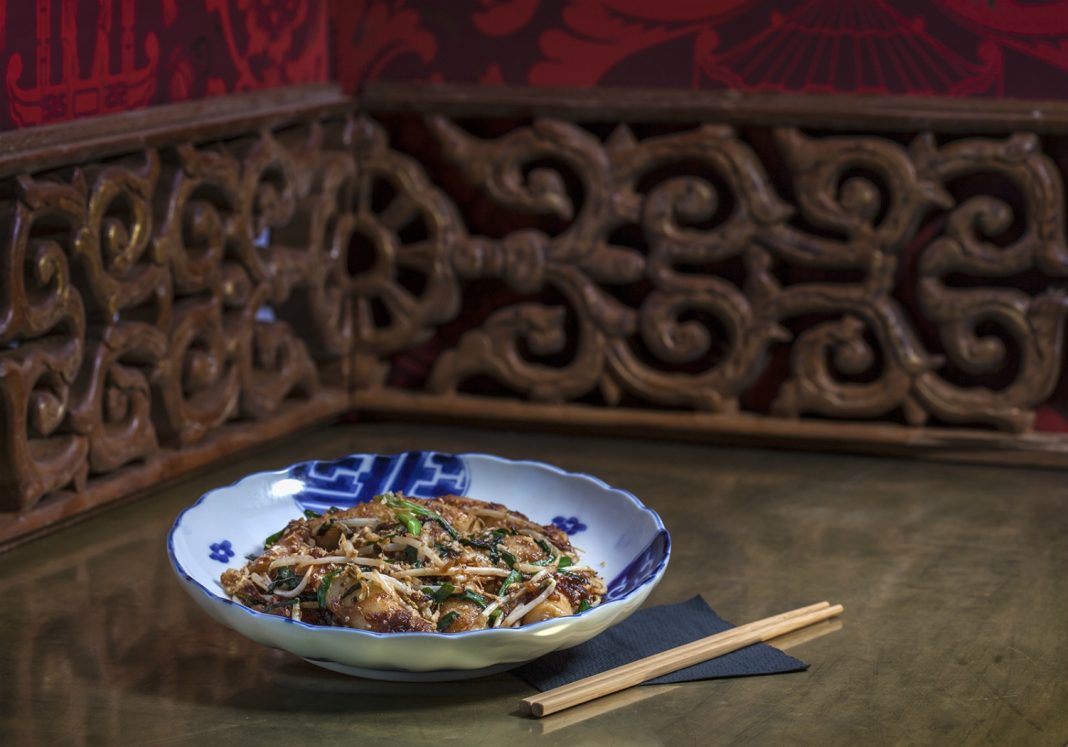 For over two years, legendary 94-year-old West Hollywood hangout the Formosa Cafe has been undergoing a facelift. Longtime fans and customers were worried when the bar and restaurant suddenly closed after the 2016 holiday season, but the local nightlife impresarios the 1933 Group stepped in to renovate and run the Formosa.

With the restaurant set to re-open early this summer, the 1933 Group has revealed new details about the restored Formosa’s food and beverage program, which will feature nods to the history of both the Formosa and Los Angeles.

The Formosa was long known for its menu of Cantonese cuisine and the 1933 Group team knew it was important that they get that right. “Eating at the Formosa never felt like corporate Chinese or high-end Chinese, it was like eating someone’s family recipes,” says Bobby Green, co-founder of the 1933 Group. So, they teamed up with David Kuo, the chef behind Mar Vista’s Taiwanese soul food restaurant Little Fatty. “It felt like something traditional, but also delicious at the same time,” Green says of Kuo’s food. “We always wanted to find the right person for the food. Me in the kitchen trying to pull off Chinese food would be absurd.”

The menu features a few dishes from Little Fatty, like the Dan Dan Mian and General Tso’s cauliflower, as well as modern takes on Chinese American classics like orange chicken, a beef with broccoli made with sizzling black pepper beef, and the Formosa Chicken Salad inspired by the now ubiquitous Chinese chicken salad popularized at mid-century Los Angeles restaurants like the New Moon Restaurant and Madame Wu’s. There will also be a variety of dim sums.

On the cocktail side, the bar will feature classic drinks like the Formosa’s famous Mai Tai and Scorpion Bowls. “There’s no way we’d want to stray from those classic drinks that early Chinese and Polynesian style bars made popular in America,” Green says. The Formosa team has hired historians to trace the history of the restaurant and its famous patrons. In the future, the Formosa plans to add drinks inspired by famous incidents in the Formosa’s history, like the time John Wayne spent a night in a booth, then made hangover eggs in the restaurant’s kitchen.

Additionally, the Formosa will feature an unexpected surprise for fans of Los Angeles drinking history. The ornately carved backbar from long gone Chinatown restaurant Yee Mee Loo has been installed in the Formosa’s back room. “It’s an added layer of Hollywood-Los Angeles-Chinese American culture to the place,” says Green. The bar was first constructed as a prop shrine for the 1937 film The Good Earth. The shrine set piece found its way to Chinatown, where it became part of Yee Mee Loo. When the restaurant was shut down in 1989, longtime customer Alvin Simon bought the bar and installed it in his Glendale restaurant Cinnabar, where it sat until that restaurant closed in 2005. The Formosa team acquired it from Simon’s sister Flame who had been holding onto the legendary piece of Los Angeles drinking history for nearly fifteen years. At the back bar, patrons will be able to enjoy the full drink menu plus an exclusive take on Yee Mee Loo’s famous “Blue Drink.” They can also see photos from The Good Earth as part of a Hollywood Chinese exhibition curated by Chinese American film historian, filmmaker, and author Arthur Dong.

In a way, the inclusion of Yee Mee Loo’s backbar and signature drink at the Formosa brings the 1933 Group full circle. Yee Mee Loo was the inspiration for Los Feliz’s recently shuttered Good Luck Bar and in Los Angeleno’s eulogy for Good Luck Bar, Green says that without Good Luck Bar’s “neo/retro vintage inspired place” he might not have opened his first bar.

The Formosa Cafe will reopen this summer and is located at 7156 Santa Monica Blvd., West Hollywood.

RELATED: The Formosa Cafe Has Suddenly Shut Down