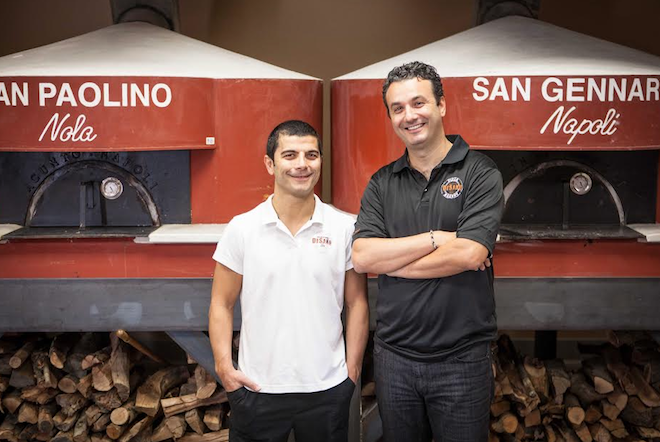 DeSano Pizza Bakery opened its doors in Nashville in 2012 to serve verace artiginale (truely artisanal) pizza made with products sourced from the Campania region of Southern Italy. A location in Charleston, S. C. followed. Next Monday, DeSano opens a massive pizzeria in East Hollywood, near the corner of Santa Monica and Alexandria. Marino Monferrato, who was previously general manager at Cecconi’s in West Hollywood, is behind this project. In addition to bespeckled pies fired by pizzaiolo Massimiliano Di Lascio, the massive warehouse-like space will also serve salads, sandwiches, and calzones. 50: Seconds it takes to fire each pizza.

2: Flat-screen TVs in the dining room.

0: Bottles of beer and wine on the list—until their ABC license is approved.

82: Bags of flour currently in the dough room.

‘The Whole Building Shook’: An Angeleno in Nashville Describes the Scene on Christmas Morning