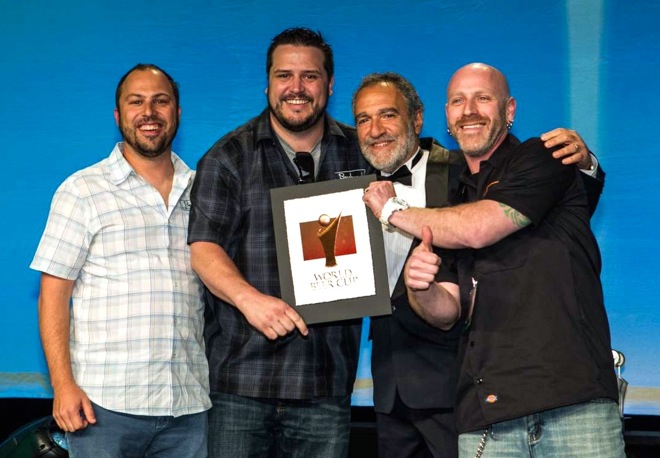 Local craft breweries brought home some nice bling from last week’s World Beer Cup, one of the largest commercial beer competitions to date. The Brewers Association—a “not-for-profit trade group dedicated to promoting and protecting America’s small and independent craft brewers”—started the biennial event in 1996 to attract the best breweries from all across the globe to put their beers up for adjudication. (By contrast, the Great American Beer Festival—started by the Brewers Association in 1982—is only open to breweries located within the U.S.)

This year’s World Beer Cup had a record 4,754 beers entered from 1,403 breweries in 58 countries, each vying for one of the 282 medals—a gold, silver, and bronze in each of 94 beer style categories—that could be awarded.

Just to the south, our O.C. neighbors picked up their share of honors as well:

California was the winningest state, bringing in 35 medals in total. Of those, 21 belong to SoCal breweries: four gold, 10 silver, and seven bronze. Broken down by county, that’s three for Los Angeles, five for Orange, two for Santa Barbara, and 11 for San Diego.

Find more info and the full list of winners here.