Home Uncategorized But Can It Cook a Steak? 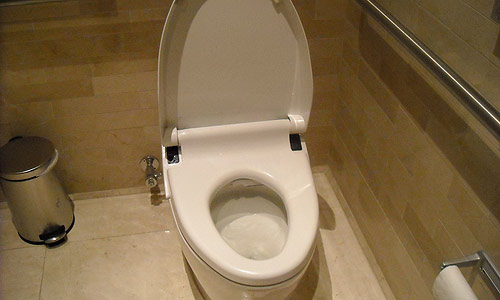 Wolfgang Zwiener may have torn out the tatami mats from the former Umenohana space for his new, controversially named Wolfgang’s Steakhouse, but he left the most important part: the toilets. Automatic Japanese bidet-toilets, to be exact.

Somehow, the sterile, oscillating jets of warm water spritzing your nether-regions seem at odds with the $175, Hemmingway-esque steaks for four, aged 28 days. Not to mention the onion rings.

Though you’ll never hear me complaining about a heated toilet seat.