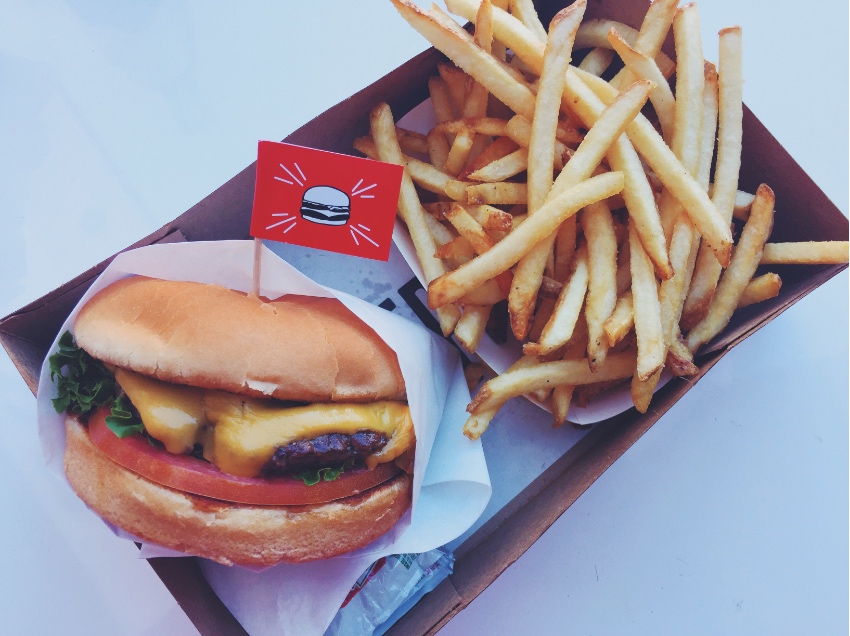 The blog that became a restaurant, Burgerlords, is now serving burgers and fries in the heart of Chinatown. Operated from a window and equipped with umbrella-shaded picnic tables, the new spot is a revival of the classic California hamburger stand (sadly, a dying breed) in the tradition of places like The Munch Box in Chatsworth or Marty’s on W. Pico Boulevard. The simple burgers they’re serving—white bun, thin patty, secret sauce, lettuce, tomato, thick slice of onion—are also a throwback and an intentional revolt against the gargantuan concept burgers that have become the norm in L.A.

“It’s definitely a rebellion,” says co-founder Frederick Guerrero with a laugh. “Part of it, too, was the name. People probably think that it’s going to be this crazy thing—it’s like an oxymoron. It’s the most toned-down, simple classic burger.” Keeping things simple is, according to Guerrero, a conscious move to make Burgerlords accessible to everyone. It also might be a good marketing decision as its easier to justify repeat visits if the burger you’re eating doesn’t weigh you down for the next two days.

The prices, they hope, will also add to the populist appeal. Painted on butcher paper, the Burgerlords menu reads like In-N-Out’s and includes the basics: a burger, cheeseburger, double cheeseburger, (unlike In-N-Out) a vegan burger, and fries. Bottled Coke and Topo Chico are the two drink options. A combo meal runs between $8.00-$10.00, a burger a la carte goes for $5.00.

“We have kids who come, and they have five bucks. They can just get a hamburger. You don’t need all the other stuff. You know, we want it to be for everybody. Sometimes when you get to a burger that’s twelve, fourteen bucks, some kid can’t come and eat that. They’re not going to spend that much on it,” says Guerrero, who opened Burgerlords with his brother Maximilian Guerrero (their dad is Oinkster founder Andre Guerrero) and Kevin Hockin (Boxed Water, Smile Frozen Goods).

One major modern liberty taken is the vegan burger, which is presented in the same way as the meaty versions. Ironically, the burger-culture-obsessed Guerrero brothers are vegetarian, so the addition was a must for them. “We wanted it to be vegan, too, not just vegetarian,” says Frederick. The burger, made with eggplant, barley, mushrooms, garlic, cashews, and leeks, is cooked on a separate side of grill, using separate utensils.

And, considering their al fresco dining set up, do they have any concerns about the coming El Niño? Not really. “We’re going to get just as creative as we did with 200 square feet. We’re going to figure it out,” says Hockin. Umbrella hats, they joke, are a consideration.

This Friday, November 20, Burgerlords will be celebrating their grand opening in a neighboring parking lot with a big party. Expect a beer garden, live performances, and special appearances from guests that are currently top secret. Party starts when they open at 11, performances will begin at around 4 p.m.