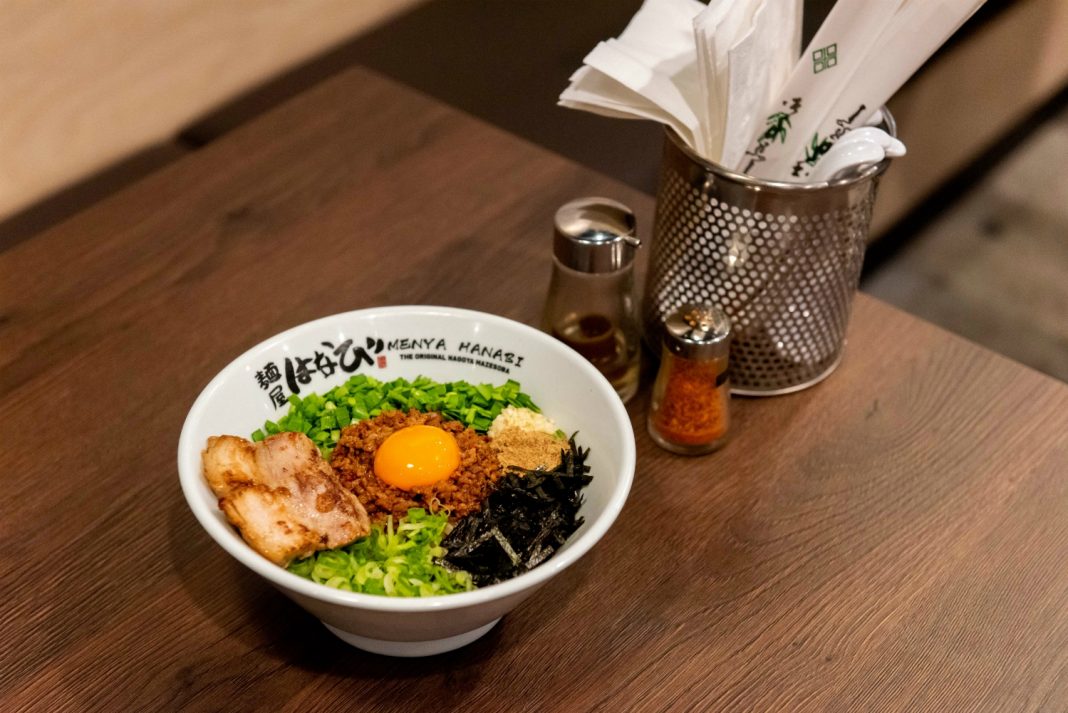 The balmiest part of L.A. summer is about to be in full swing, which means sweating over a piping-hot bowl of ramen probably sounds less appealing, even to the most fervent Tonkatsu fiends. Japanese chain Menya Hanabi and its famous brothless ramen have arrived in Arcadia just in the nick of time.

Founded by chef Naoto Niiyami in 2008, Menya Hanabi is known for its first-of-its-kind, Taiwanese-inspired mazesoba, a dry ramen dish topped with an array of umami-rich ingredients, including an original soy sauce, dried seaweed, raw or poached egg, and minced, sweet-and-salty Nagoya-style pork.

“You shouldn’t expect traditional ramen at all, but something completely different,” Niiyami says. “My dish isn’t soba and not really ramen either. I invented mazesoba in this noodle world, so it’s completely new.”

The component by which the best ramen is judged is typically the broth. Ideally, the opaque, flavorful soup coats the noodles and accompanying toppings, and gives ramen most of its flavor. So what happens when you take it out altogether? For mazesoba, or “to mix” soba when translated, mixing the ingredients prior to eating compensates for the flavor typically added by the broth. According to Niiyami, the combination of the chewy, subtly sweet noodles with the savory toppings creates a cohesive, rich flavor. Menya Hanabi also serves a nabaya rice bowl that consists of the same toppings over rice rather than noodles. 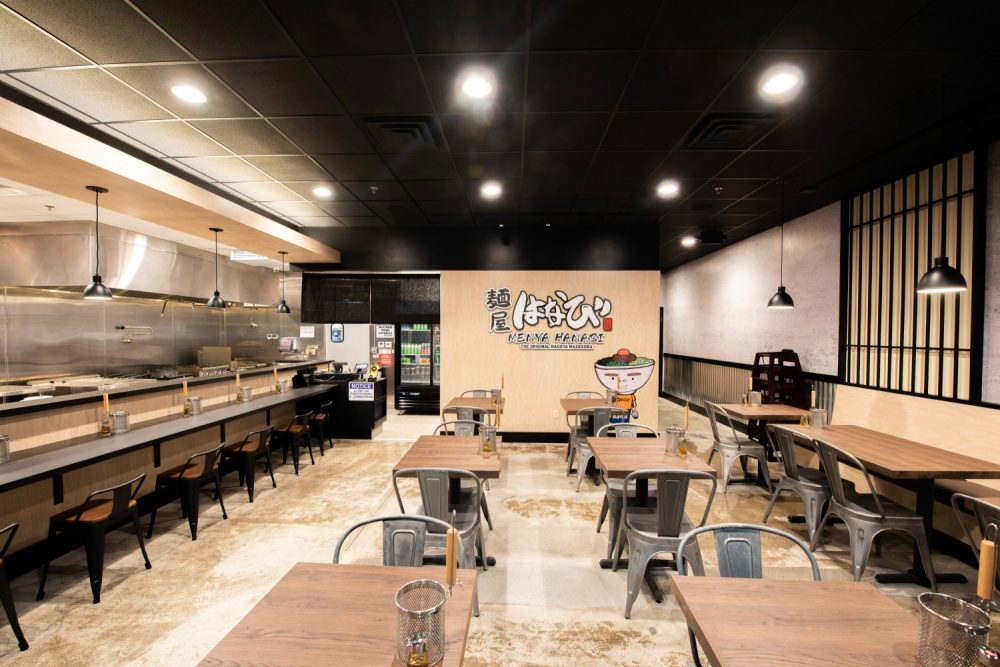 The mezasoba served locally is the same as it is in Japan, but the atmosphere of the Arcadia location is slightly different. With its interior stripped of the ornamentation found in its Japanese counterparts, the local outpost’s decor aims to create a more clean, simplified setting.

The U.S. is the fifth country Menya Hanabi has expanded into, and Chef Niiyama doesn’t plan on stopping here. With his sights set on Bali, Niiyama says he wants mazesoba to be more universally recognized a new addition to the world of noodles—not just another ramen variation.

RELATED: 5 Bowls of the Best Ramen in L.A.