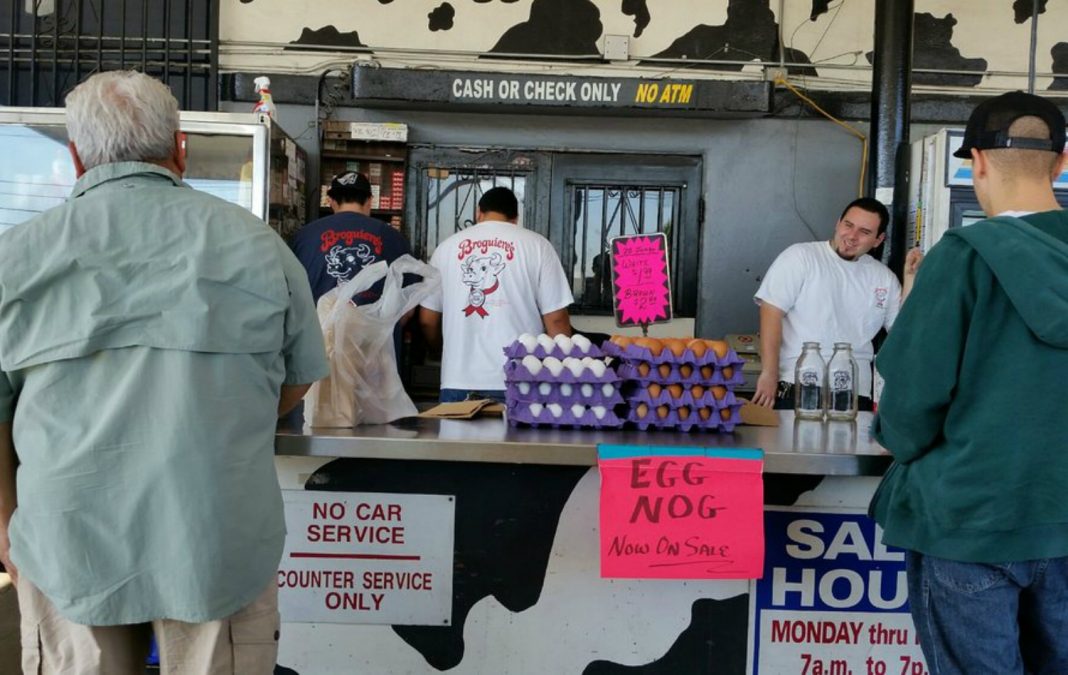 Wendy B. on Yelp

Holy cow, that was quick—the famous Montebello Dairy, purveyor of Broguiere’s Farm Fresh Milk, will reopen this week after abruptly shuttering in July.

The family-owned operation, which began supplying SoCal with creamy, glass-bottled milk in the 1910s, has fans of its whole milk, chocolate milk, and eggnog breathing a sigh of relief. An automated message informs people who call the dairy, “This is our current status: We currently are closed, but we are looking forward to opening at 7 a.m. this coming Friday, Aug. 16.”

Back in May when third-generation owner Ray Broguiere began warning that the dairy could close, he blamed government regulations, including increased minimum wage for workers, saying, “They keep coming out of Sacramento. You have the water issues, air issues, and minimum wage, and that factors into your workers’ compensation, too.”

On May 20, Gelson’s announced on Instagram that it would no longer be receiving shipments of Broguiere’s milk and asked that customers return their glass bottles by early June.

Broguiere described the difficulties of owning a small business in California: “The state, county, city … it’s hard to do business if you’re in manufacturing.

“I’m older, and it’s tougher to roll with the punches,” he said.

Although Broguiere’s Montebello Dairy is famous for its chocolate milk and eggnog, it hasn’t operated a dairy farm since the ’70s. According to a 2001 Los Angeles Times profile, the Broguieres used to own 150 milking cows on its vast five-acre property, but the high costs of keeping the animals led the family to get rid of them in 1972, when it began sourcing milk from a farm in San Jacinto.

RELATED: Where to Get the Best Milkshakes in L.A.

Where to Get Your Pumpkin Ice Cream Fix in L.A.