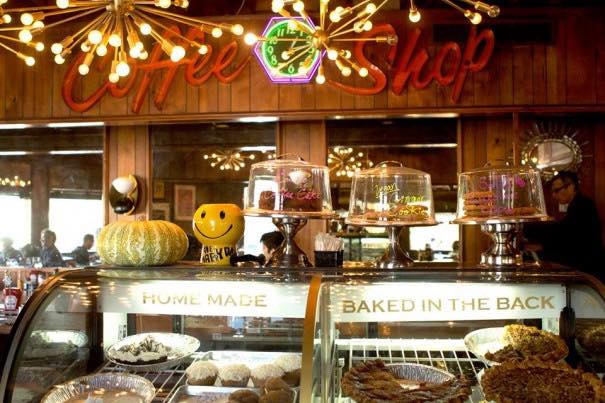 Brite Spot has been serving up pancakes, eggs, and other diner classics on a prime corner in Echo Park since 1949–but changes could be in store for the neighborhood gem. The Eastsider reported first on a deal to sell the historic business. It has now been confirmed that the new owners will be Small Axe Family, a group founded by Jamie Turrey and Brooke Fruchtman. The duo already have their feet planted in Echo Park with Ostrich Farm and Bar Caló.

“Over the next few months, we look forward to getting to know the Brite Spot and its loyal customers, and, over time, introducing some new developments, including menu items and extended hours,” a representative for the group told Eater.

The previous owner, Dana Hollister, bought Brite Spot in 2012. Hollister also owns Cliff’s Edge and Paramour Estate, opened 4100 Bar, and has had an on-again, off-again plan to convert Silver Lake’s Pilgrim Church into a boutique hotel. She may be most famous, however, for her involvement in the lengthy legal battle over a Los Feliz convent now owned by pop star Katy Perry.

Under Hollister’s ownership, the diner’s retro decor was updated, a patio and liquor license were added, and the menu received an overhaul, swapping $2.99 diner breakfast plates for some more contemporary dishes (and prices). But more recent changes, most notably cutting back on daily hours, had raised some concerns about the diner’s viability; once known as a late-night spot, Brite Spot began closing at 3 p.m. about a year ago.