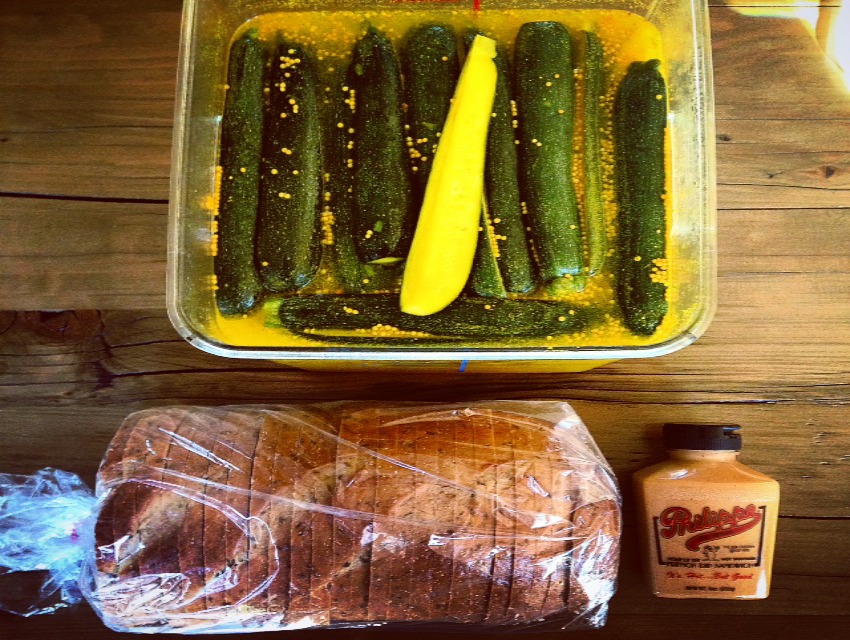 BOWLD has been on quite a tear since we first heard about the Indonesian-inflected rice bowl delivery concept back in July. In addition to hawking rendang and salt-cured Filipino pork across the city–while developing recipes with Bestia line cook Johnny Cirelle–BOWLD has popped up several times at Villains Tavern and the Summer Nights and Moon Festival in Chinatown.

Today they’ll be taking a slightly tangential approach by offering Jewish deli mainstays—pastrami sandwiches—inside the Far East Plaza at 727 N. Broadway (where Pok Pok Phat Thai is set to open) from 11:30 am to 1:30 p.m. Sandwiches will cost $10.

Why the sudden turn? Co-founder CJ Lee’s dad has been smoking meat for years, and Lee and Brian Moeljadi think his technique matches up with the best of them. The meat (sourced from Harvey’s Guss Meat Co. in mid-Wilshire) will sit atop the same double-baked, carraway-flecked rye bread that Langer’s uses from Bea’s bakery. “The #19 from Langer’s is one of my favorite sandwiches, and the bread is a key component,” says co-owner Brian Moeljadi. “That’s why I love it more than Katz’s. It’s just so much better than the stuff you get in NYC.”

To add a kick, they’ll be applying the time-honored horseradish mustard from nearby Philippe’s. Their addictive Indonesian Sriracha-caramel-glazed chips (they led a demo at the Moon Festival) and turmeric zucchini pickles will replace the usual bagel chips and sour dills.

“The idea is to take a humble meat and transform it over time–by brining, smoking, steaming–into a luxury item,” says Moeljadi. “That’s what I love about it.”