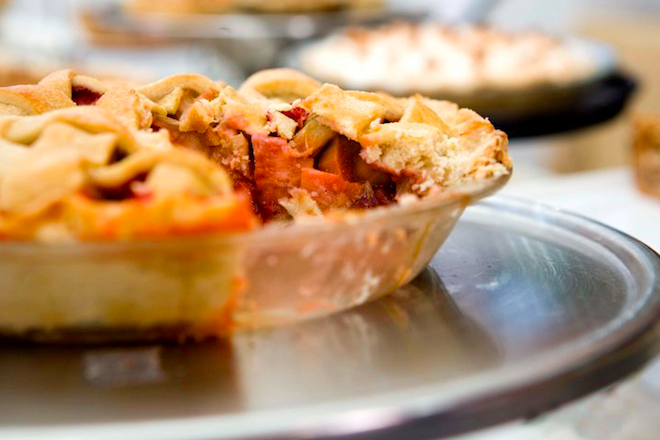 Since 2009, Denise Assad of Bountiful Bakery has been selling sweet and savory pies, tarts, cookies, cakes, and babka at the Pacific Palisades, Mid-Wilshire, and La Canada farmers’ markets. She uses farmers’ market produce in her pies, and bakes most of them in vintage glass dishes—which she says are always returned, despite her not charging a deposit.

Her cakes vary from layered affairs to simple sheet cakes. Cookies are mostly baked in bar form; the lemon bars always sell out. And though she’s not a trained pastry chef, Assad has made a living out of her farmers’ market stalls for the past three years. Which is why it’s not much of a surprise that she’s going the route of other successful bakers and opening her own shop.

Bountiful Bakery, the brick and mortar, will open in early 2014 in Montrose, just north of Glendale. The small shop will have a wide display case and hopefully a few tables for patrons. A precise opening date has not yet been set. Until then, follow Bountiful on Facebook for weekly menus and farmers’ market schedules.

Visit This Quaint Corner of Glendale For Small-Town Vibes