Home Dining Why Do We Still Subject Ourselves and Each Other to Big Group... 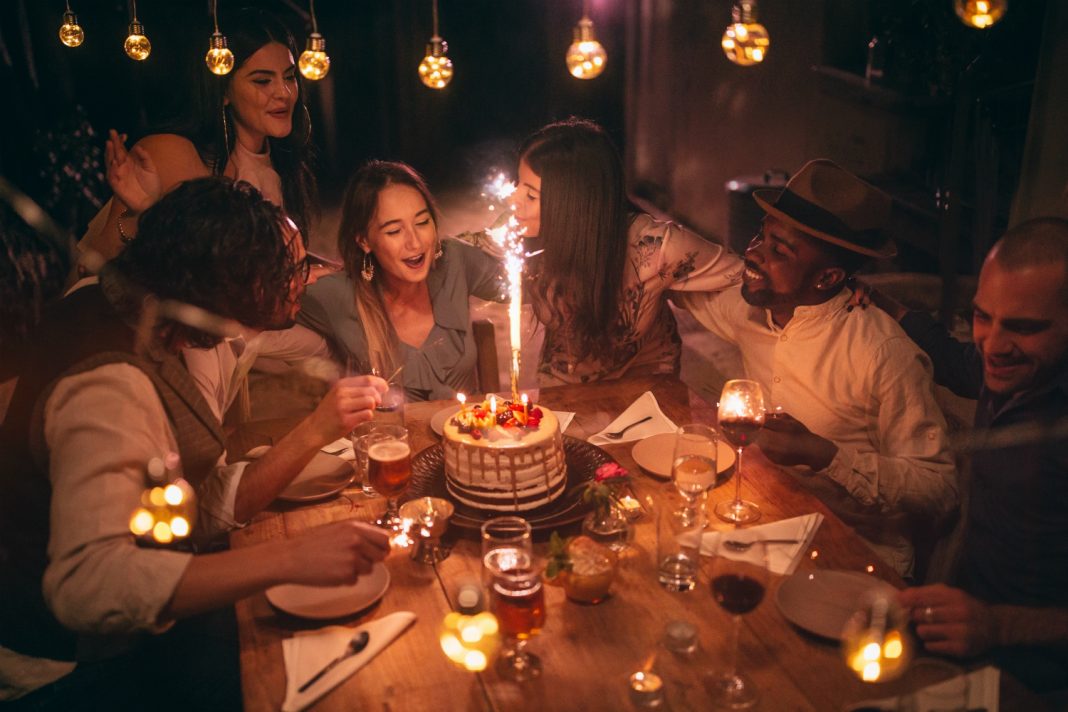 Don’t get me wrong. I love birthday festivities as much as the next person—but is it really necessary to celebrate at a crowded restaurant crammed at a table with, like, 12 other people?

When you plan a group birthday dinner, you may think you’re inviting people out to have a nice time. In reality, a good time will not be had by all. Of course, there are worse ways to celebrate one’s birthday, but for some, the big group birthday dinner is a harrowing experience. Let’s explore why.

Where you sit could mean the difference between having fun and counting the minutes until you can leave. Group dinners can be an introvert’s worst nightmare. Best-case scenario, you’re seated either next to someone you know or a gregarious extrovert who’s good at small talk. Worst-case scenario, you’re seated next to another introvert and you both melt into your respective social anxiety-driven agoraphobic tendencies. Fun.

The food at any respectable restaurant will surely be good. The problem is, when you put a large group of Angelenos together for a meal, between all the dietary restrictions, preferences, and allergies, it’s impossible to satisfy each and every diner’s discerning (see: picky) palate. Regardless of whether it’s pre-fixe, family style, or you’re ordering from their standard menu, asking for substitutions becomes a hassle and adds stress to the already belabored staff. You just can’t please everyone.

The kitchen and servers

There’s a reason many restaurants automatically charge large parties a 20 percent gratuity fee. Sure, they appreciate your business, but big groups suck for them. The kitchen perfectly times each dish to come out to the table at the same time, and because there are so many people at the table, the entire kitchen gets backed up. For the rest of dinner service, they’re playing catch-up with every ticket that comes in after yours. And let’s not forget the servers who devote more time and attention to your table than the rest of their tables. When they’re busy taking your orders, bringing out food, drinks, and cake, and taking the same group photo on five different phones, their other tables suffer. So, you’ve backed up the kitchen and messed with your server’s tips. If just a couple other tables decide to write a bad Yelp review, congrats, you’ve also successfully dinged the restaurant’s reputation.

When you have to split the bill between a big group, prices suddenly become ambiguous. A plate of pasta somehow now costs the same as the market price lobster. Even if everyone eats the same thing family-style, you’re going to end up paying for your neighbor’s extra four glasses of wine. With the single-tier pricing system of the group dinner, you will undoubtedly shell out more than what you had planned on spending. And don’t bother trying to surreptitiously separate your bill from the rest of the table. It only makes more of a headache for the servers.

We have a responsibility, people! Have mercy on your friends. Treat servers with dignity. Show some respect for the kitchen. Do the right thing. Have your big birthday celebration somewhere else.

RELATED: A Controversial Etiquette Guide to Who Should Get the Check