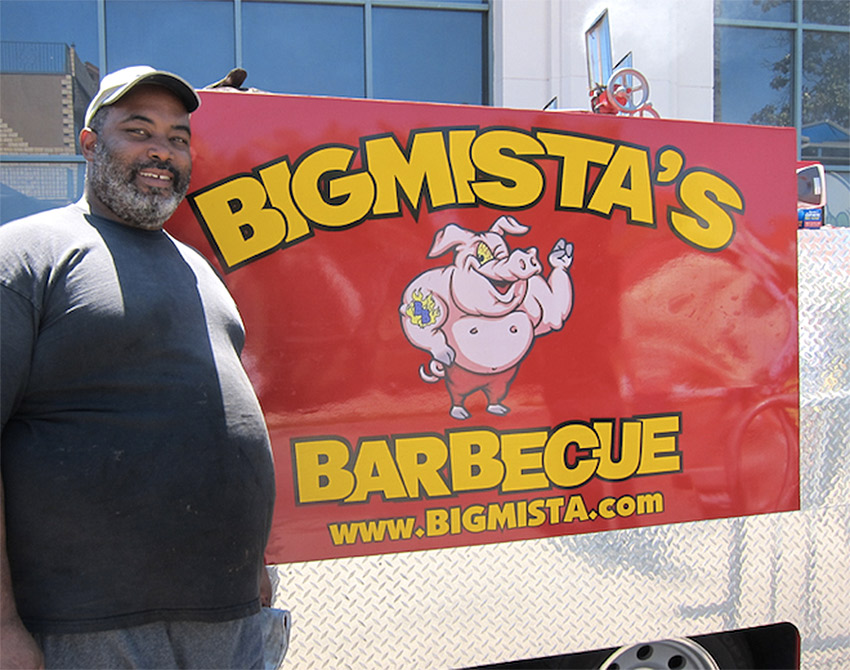 Bad news for Downtown residents: Bigmista’s Barbecue will not be opening its long-awaited brick-and-mortar restaurant in the Medallion building at 4th and Main, as previously reported.

But on the flip side, great news for Long Beach residents! According to an update on Bigmista’s GoFundMe fundraising webpage, Neil Strawder and his wife are closing a deal on a former Italian bakery space in Northeast Long Beach and will open as Bigmista’s Barbecue & Sammich Shop in the next month or so. Strawder also plans to bake his own bread for sandwiches on-site.

What happened with the Downtown location? According to Strawder’s blog post, “the short and dirty of it is that the restaurant downtown is not going to happen. After much back and for [sic] the landlord offered us an out and we took it. At the time he said he would return our monies and let us walk away. Well, we walked away and we’re still waiting.”

With Downtown rents skyrocketing in general it doesn’t come as surprise that a small family-run barbecue business was essentially priced out of a premium space in the Old Bank District (nearby is omakase-only Sushi Zo, which charges $145 per guest). On the website, Strawder also explains that he has been searching for a location for some time, passing over a spot in Norwalk and two other location in Long Beach that didn’t work out.

Thankfully for the Strawder family, the long and arduous process of finding a restaurant space is almost at an end. Fans of Bigmista’s smoky meats that live nowhere near Long Beach shouldn’t fret either, Strawder still plans to keep up his normal farmer’s market appearances once the restaurant opens.