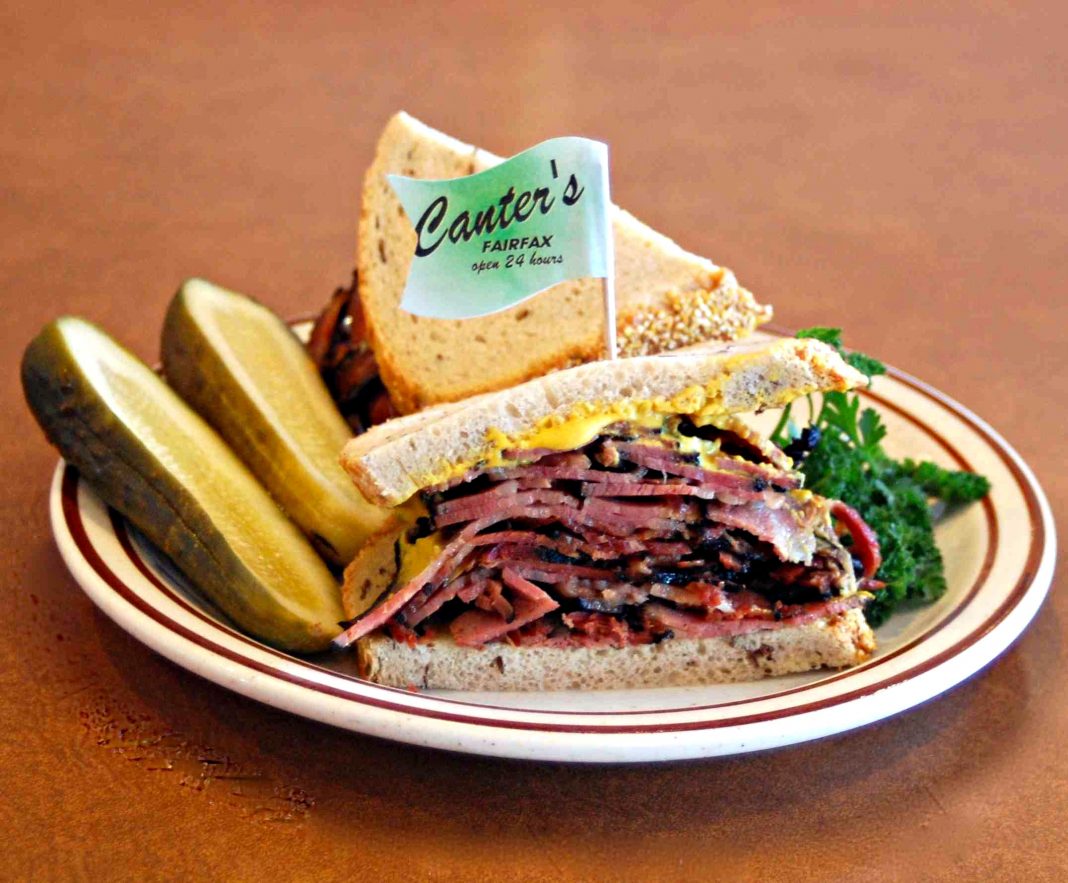 For the throngs of tourists that file into Katz’s Delicatessen on the Lower East Side of Manhattan, visiting the 131-year-old Kosher deli is a kind of pastrami pilgrimage.

This summer, Katz’s pastrami has been on a pilgrimage of its own, popping up in Miami, Chicago, Boston, and, this weekend, Los Angeles, thanks to a partnership with Uber Eats. Through Sunday, you’ll be able to order a pastrami sandwich kit, prepped at one of four Belcampo locations and delivered via Uber.

And while the limited-edition Katz’s kit may be fun, we wouldn’t worry too much if you miss out on the one-weekend window. Because, while in New York, classic delis like Katz’s may be a vanishing breed, in Los Angeles, deli culture is alive and well.

Jonathan Gold once wrote that a pastrami sandwich from Langer’s was “better than anything I’ve ever had in New York”–and that’s just one option among many. Here are a few of the best pastrami spots in L.A.

Consistently ranked among the best pastrami anywhere, Langer’s has been an institution in Los Angeles since 1947. Nora Ephron–yes, that Nora Ephron, the one who wrote the movie When Harry Met Sally, which features the iconic scene at Katz’s–once wrote in The New Yorker that “the hot pastrami sandwich served at Langer’s Delicatessen in downtown Los Angeles is the finest hot pastrami sandwich in the world.”  704 S. Alvarado St., Westlake

Opened in 1931–and still filled with vintage charm–Canter’s has been featured in countless film and TV scenes. Peek inside and you’ll probably find someone snacking on pastrami at any hour of the day. The deli claims they’ve sold at least 7 million pounds of the stuff over the last 88 years.  419 N. Fairfax Ave., Fairfax District

A Valley favorite since 1967, Brent’s has won numerous “people’s choice” votes over the years, in this magazine and others. The extensive deli counter offers classic pastrami and a turkey pastrami option for those not in the mood for red meat. 19565 Parthenia St., Northridge; 2799 Townsgate Rd., Westlake Village

Founded in 2018 by Trisha Langer, the third generation of the Langer’s Deli dynasty, Daughter’s Deli serves an edited menu of traditional dishes her family and her own takes on lighter fare in a sleek, modern setting. It’s clear pastrami is in her blood; the sandwiches here will satisfy even the most die-hard Langer’s purist. 8555 Sunset Blvd., West Hollywood

The quirky Freedman’s–billed as a “Jewish-ish” restaurant–serves up their pastrami on a pastrami plate at dinner, or on a Reuben sandwich available at dinner and brunch. 2619 Sunset Blvd., Echo Park