Home Dining Chefs and Restaurateurs A Lot of the Best Pastrami in Town Comes from This One... 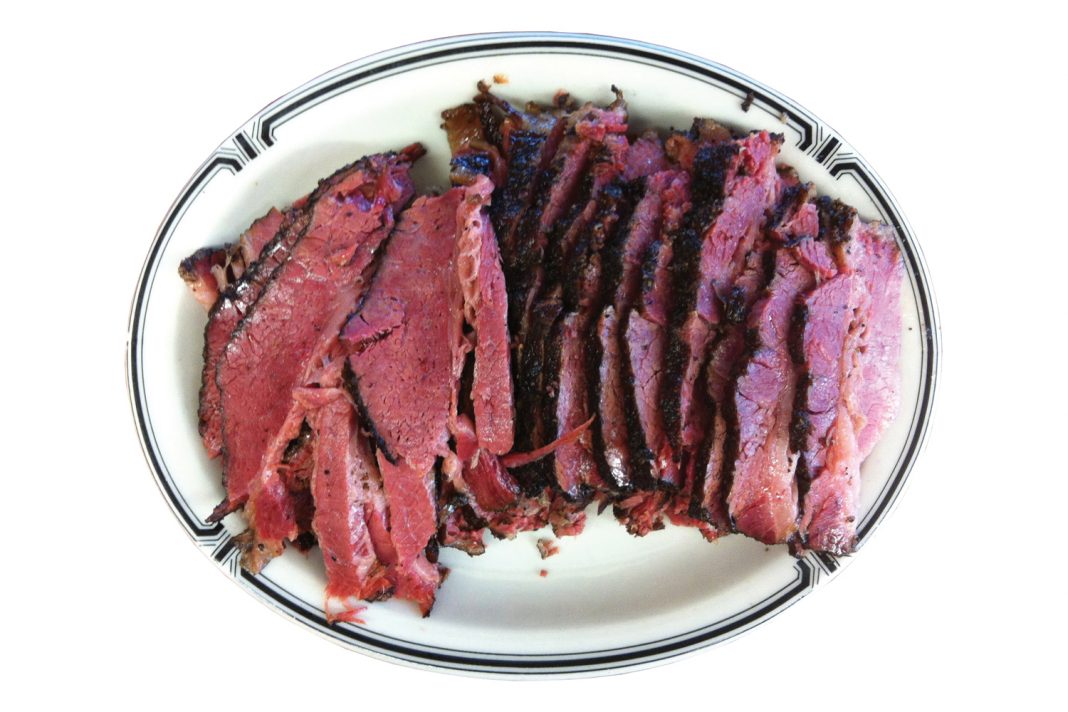 The Valley has long been known as a home to film studios, but there’s a different kind of producer of megahits in the area. Since the late 1950s, commercial meat processor
RC Provisions has been quietly making some of L.A.’s favorite cured meats.

The pastrami at Langer’s? It’s actually made by RC. Same goes for the smoked brisket at Canter’s, Brent’s, Nate ’n Al’s, and almost every well-known deli around town. RC also produces the chili that tops the famous burgers at Original Tommy’s and Pink’s Hot Dogs. Even the capocollo on The Godmother, the iconic sandwich at the beloved Bay Cities Italian Deli & Bakery in Santa Monica, comes out of RC’s nondescript plant on the corner of Victory and Burbank boulevards, across from Costco. “We pretty much own the town in the deli-meat business,” says 48-year-old owner Matt Giamela.

In 1958, Alex Russak opened a 5,000-square-foot factory focusing almost exclusively on Jewish deli cuts. The company started working with Langer’s in the 1960s, and other customers soon followed. The restaurants provide RC with precise specs, so every deli ends up with a unique product—even though the meats all come from the same place.

Langer’s, for example, demands a special curing process and a smaller cut of beef belly, which tends to be leaner. The restaurant’s recipe was developed by Al Langer and Russak, then tweaked by Langer’s son, Norm, the current owner, who sings the praises of RC. “There’s nobody else in this city that I can go to and have this comfort level,” he says. “If I was to switch suppliers, I’m not going to get that same cut.”

At Brent’s Deli in Northridge and Westlake Village, RC worked collaboratively with the owner to create the most popular cut of meat on the menu, the black pastrami. It’s made by rubbing the exterior of the pastrami with a dense coating of black pepper and secret spices.

The Giamela family bought RC Provisions in 2000 and has focused on expanding the business, which has dozens of employees processing tens of thousands of pounds of beef daily. RC mostly sells wholesale to restaurants, but it also operates a private-label business that manufactures products for clients including major grocery chains in L.A. When you hit up your local supermarket deli counter, there’s a good chance you’re taking a slice from RC home with you.

Giamela has guided RC Provisions from a local standout to a nationwide powerhouse that supplies top delis across the country, like Zaidy’s in Denver and even a prominent New York deli whose name Giamela refuses to divulge. So the next time you’re having a tiresome conversation with New Yorkers, debating the merits of your respective cities, casually let them know that their favorite New York pastrami might actually come from Burbank.

RELATED: The Best Pastrami Is Made Here in Los Angeles