Home Dining This Cannoli with a Unique Exterior Is One of the Year’s Most... 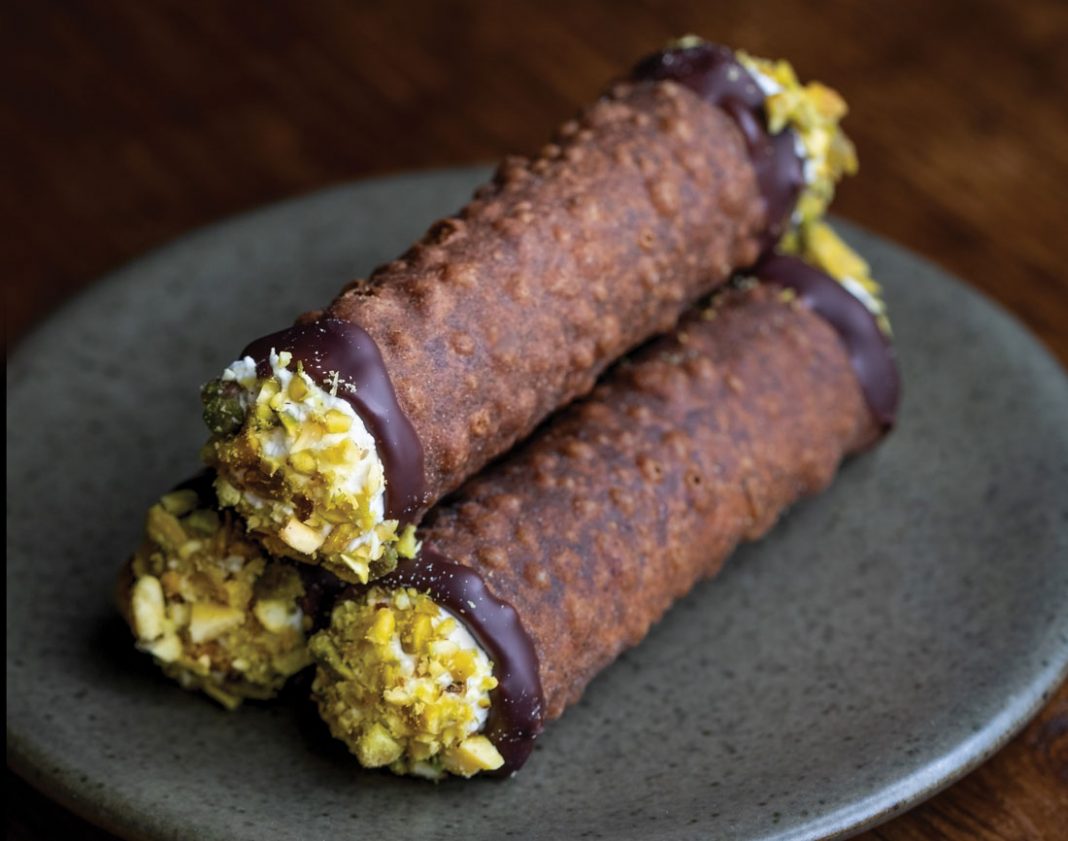 Despite the famous quote from The Godfather—“Leave the gun; take the cannoli”—there are all too many versions of the bakery staple that I could take or leave. The filling is often too sugary, more like frosting than ricotta, while the shell is a soggy, mediocre cookie that lost its way. That’s not the case at Alameda Supper Club, where chef Leah Chin-Katz has crafted a California take on the Italian classic that’s turned me into a cannoli lover. With a perfectly crispy buckwheat shell and a sour cherry filling that’s not too sweet, it’s a killer way to end a meal. Here’s a look into what makes it so good.

Buckwheat flour gives the shell a unique flavor. “It’s kind of a nutty, caramelized taste,” says Chin-Katz. The boutique grain initially proved difficult to work with, but, after much trial and error, the chef found that a ratio of 20 percent buckwheat flour to 80 percent pastry flour—both from small mills in Washington state—yields a shell that fries to a perfect crisp and has the signature bubbles common to cannoli. Another way Chin-Katz steps it up is by rolling the dough extra thin. “I didn’t want a thick, fortune-cookie-like shell,” she says.

Chin-Katz makes the filling with mascarpone and house-made ricotta cheeses along with powdered sugar, pistachios, lemon juice, salt, and dried, tart cherries soaked in Grand Marnier. “It’s a little more rich” than the usual filling, she says. “It’s not that sweet—it’s balanced.” The filling is piped into the shell just before serving to keep the dish fresh and crispy.

The ends of the shells are dipped in Valhrona chocolate, which is sourced from the Caribbean. It’s 66 percent cacao, making it rich but not too much so. “It’s a dark chocolate while still having enough milk in it that it’s creamy and slightly sweet,” says Chin-Katz.

Finely chopped raw pistachios are sprinkled on the ends of the treat. “We don’t toast them because I want them to be vibrant green,” says Chin-Katz.

RELATED: How to Choose Your Own Food Adventure at Downtown Culinary Wonderland the Manufactory

3 New Restaurants You Have to Try This May

These 4 L.A. Chefs Have Restaurants Coming in 2019 and We Can’t Wait