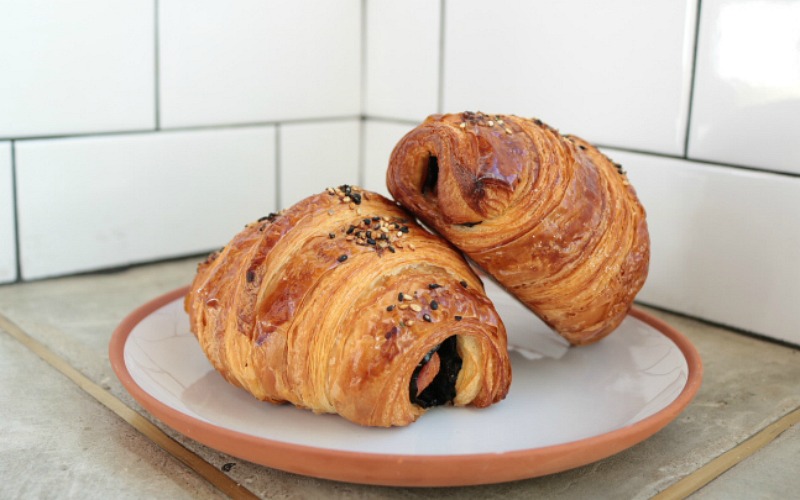 Jeeeeebus. The fine folks who brought us the Cruffin are back with another choice nugget of click bait fusion fare. Highland Park’s Mr. Holmes Bake House has gone and taken a croissant and put a sushi roll inside of it. Because we live in L.A. and apparently that is a thing that needed to happen.

They’re inexplicably calling it the Cali Croissant, which is infuriating because did nobody think of Croissushi? The buttery pastry is filled with smoked salmon, nori, ginger, and wasabi, and comes with soy sauce on the side for dipping. Just let that last bit sink in for a minute. Now, I am not a sushi purist—the sushi burrito ranks among my top five creations to have emerged from a food truck. Nor am I a pastry purist—I’m a devoted fan of the entire Pillsbury family of products. So while almost every cell of my being tells me to be angry that we’ve come to a place as a culture where a sushi-stuffed croissant exists, there’s one tiny little nucleus in me that admires the spirit that dared bastardize two elitist cuisines in one golden-brown, flaky, fish-smelling swoop. Arigatou gozaimasu and bon appetite.