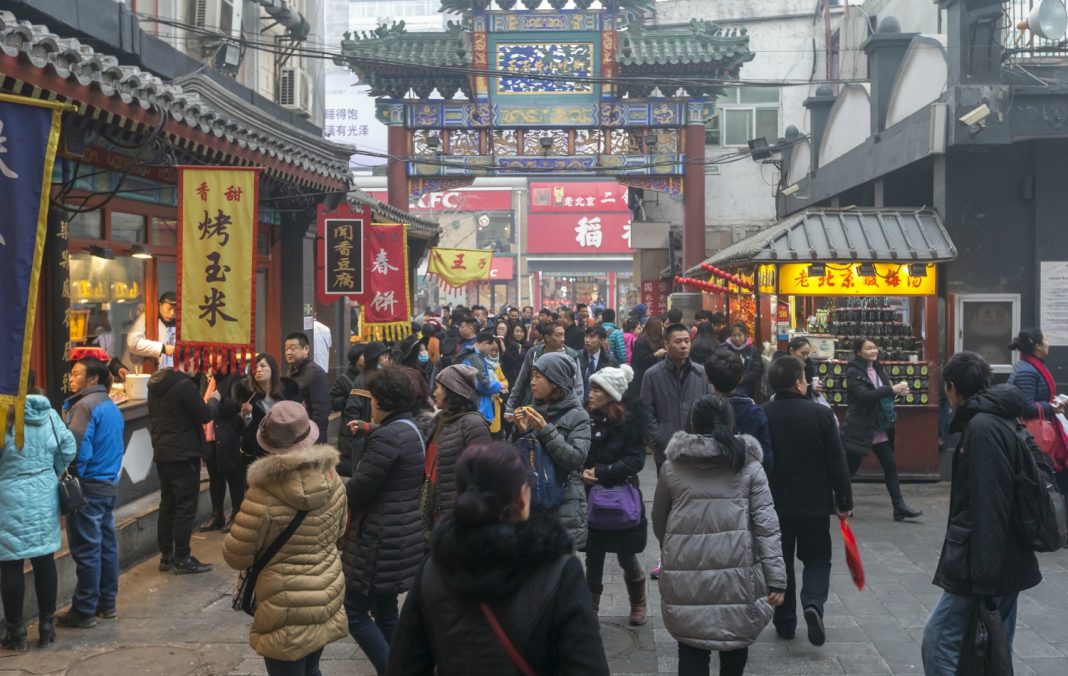 When the subject of regional Chinese cuisines comes up, Sichuan is usually the first mentioned. That’s perfectly understandable, as the wonderfully complex and spicy fare has received a lot of attention. Unfortunately, this attention overshadows the approximately 20 other different regional and municipal Chinese cuisines available in the vibrant San Gabriel Valley restaurant scene. One of those, from the capital city of Beijing, features some unique dishes in a distinct regional style that many diners probably aren’t hip to.

Beijing-style cuisine is recognizable for its use of scallions, garlic, sesame, and sesame oil. It’s also generally devoid of the pepper-induced spiciness, the ma, and the numbing la of peppercorns that inform Sichuan. Splashes of vinegar also figure in dishes, and salt is a main seasoning. While this means some dishes can be briny, it’s not to the point where it overwhelms other flavors. Beijing’s northern location also means that wheat—not rice—is the most commonly grain. As usual, the de facto meat is pork, though lamb is also fairly prominent.

One would think that the capital city would be well-represented among the hundreds of Chinese restaurants in the SGV, but that isn’t the case. There are only two dedicated Beijing-style restaurants: Beijing Restaurant and Beijing Tasty House. Both have two locations, one in the western valley and one in the eastern portion (Beijing Restaurant also has an Orange County location in Irvine). You may be familiar with Beijing Pie House, known for their outstanding meat and veggie pies, but their menu is limited to snack items. Noodles aside, the dishes described below can’t be found there.

To find the Beijing-specific dishes, go to the portion of the menu under Beijing Style Dim Sum (at Beijing Tasty House they’re listed under Beijing Style Noodles and Dim Sum). Several unique items stand out, among them the being the Lazy Dragon Roll. Ground, seasoned pork is made into a paste-like consistency, then spread onto a fluffy bread, rolled, then steamed. It appears on Beijing’s menu as Beijing Lan Long.

As with other regions and cities in China, Beijing has its own noodle dish: zha jiang mian. Listed as Beijing Style Noodle with Soy Bean Paste at Beijing, the hand-pulled wheat noodles are served with shredded carrots, cucumbers and tofu, beans and finely minced scallion to be added in as you wish. The dark soy bean paste, which includes small cubes of pork, is served on the side. As your server might caution, go easy on it, as it is extremely salty. Another Beijing-style favorite is ge da. Listed as fried dough drops at Beijing, they’ve been rather accurately compared to gnocchi. Ge da can be eaten either in a soup, or served stir-fried.

There are notable offal dishes in Beijing cuisine as well. Beijing stewed pig/pork liver, chao gan er, is a breakfast favorite. Pork liver and bits of intestine are cooked with ginger and a copious amount of minced garlic, then starched into a thick, almost gelatinous mixture.
Sweets wise, Beijing Restaurant serves the pea flour cake and tang huo shao. The former is made from yellow split peas, cooked with sugar, chilled in a form, and then cut into small rectangles resembling mah jong tiles. The latter is a brown sugar and sesame sweet bread that is also a breakfast favorite. Both serve another post-meal favorite, fried, steamed bread that is dipped into condensed milk.

Vegetable dishes are available as well, most notably something listed in English as Mustardy Cabbage. Rolls of cabbage marinated in a splash of vinegar and hot mustard are served on end. The result provides a wasabi-like, eye watering, sinus clearing blast. The dish once was available at Beijing as an off-menu item ordered a week in advance, but is now readily available at both restaurants. There are plenty of stir-fried vegetable dishes as well, some involving eggplant or cabbage, along with some Northeastern Chinese vegetable favorites. As usual with Chinese cuisine, don’t assume the terms vegetable and vegetarian are interchangeable. They aren’t. We recommend checking with your server. Knowing some Chinese is also useful. Our server at Beijing Tasty House asked about any dietary issues amongst our party.

The menu at Beijing Restaurant includes a “Doornail Meat Pie”, like those at Beijing Pie House, and both serve Beijing (Peking) duck, but really, the other Beijing items are the ones you should be ordering.

RELATED: One of L.A.’s Best Sichuan Restaurants Is Opening on the Westside This Week