Home Uncategorized Behind the Scenes: The Mysterious Story of Crustacean’s “Secret Kitchen” 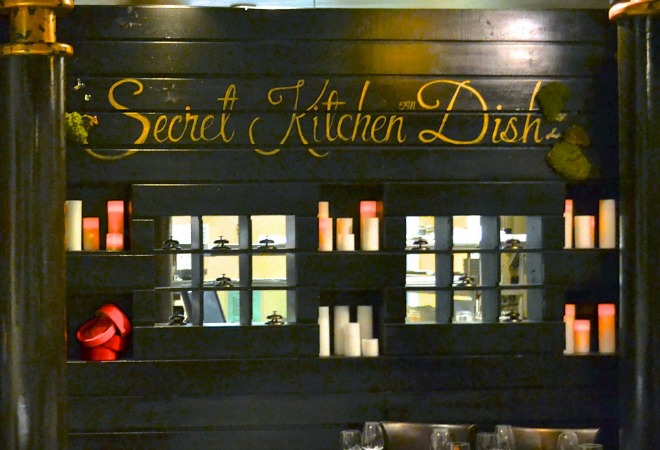 The open kitchen is very much en vogue right now. Go to Glendale’s new Din Tai Fung and watch dumpling masters sew up xiao long baos at a dizzying pace. Look above a level from your table at Fifty Seven and you might spy teen chef Flynn McGarry putting the final touches on your Vegetable à la Grecque. All around town, open kitchens in restaurants are becoming as requisite as kale salad and pork belly.

However, this isn’t so at Crustacean in Beverly Hills, the stalwart modern Vietnamese restaurant that knows how to keep a secret. Celebrities flock here because they trust the restaurant can get them in and out without hassle or incident, thanks to an exclusive clandestine passageway that leads to private upstairs dining rooms.

But an even more ironclad level of secrecy is applied to the restaurant’s so-called “Secret Kitchen.” Located within the regular kitchen, behind closed doors, it’s where some of the restaurant’s most coveted dishes are cooked. No, this isn’t some kind of gimmick. Access to the Secret Kitchen is strictly granted to family members and staff who have been with the restaurant for more than ten years. The reason for the existence of Secret Kitchen is, naturally, to protect treasured recipes, perhaps fueled by a dab of culinary paranoia.

The story behind the Secret Kitchen starts with Helene An—affectionately known as Mama by everyone—the matriarch of the An family. In the early ‘70s, the An and her family fled Vietnam and its wartorn strife and landed in San Francisco, where Mama’s opened her first restaurant, Thanh Long.

One particular crab dish (there were only two items on the menu back in the early years; the other was egg rolls) was wildly popular, drawing fans from all over the Bay Area. When nearby competitors started serving a similar crab dish, An felt she had to guard her special plates with an extra layer of a security. She built a kitchen that was entirely enclosed, with food distributed for service via a small stainless steel slot. Mama lost almost everything with the Fall of Saigon a few years earlier; she wasn’t about to take any chances with her business again. The An family has installed Secret Kitchens in every one of their restaurants ever since, from San Francisco’s Thanh Long down to AnQi in South Coast Plaza. Only a few dishes have ever made it onto the Secret Kitchen menu, the first being the crab dish. But by far, the most recognized item that comes from Secret Kitchen is the ever-popular garlic noodles.

Since Crustacean’s opening in 1997, only six dishes have been created in the Secret Kitchen. Once a dish joins this covert class, it stays on the menu permanently.

It’s been almost 20 years since the last Secret Kitchen creation was introduced. The latest addition, which was created in commemoration of Beverly Hills’ 100th birthday this year, is called Centennial Wagyu Beef. It’s eight ounces of Wagyu seasoned with a secret rub and Vietnamese coriander, plus sides of smoked shiitake and mascarpone polenta. If you enjoy a good filet, this is a Secret Kitchen dish worth the wait.

And good luck trying to get a tour of the Secret Kitchen. I tried. No luck. Not even Oprah herself was allowed behind its secretive doors. If only those walls could talk.