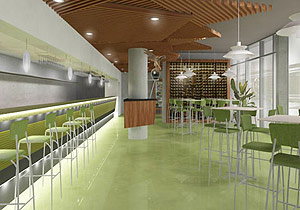 Things are starting to look good for the newer, bigger, faster BottleRock Wine Bar slated to open downtown this month. First, they bring on chef Jared Levy, who has worked the stoves alongside Michael Cimarusti (Providence) and Kris Morningstar (formerly Blue Velvet and Casa), for the small plates menu. Now they’ve stolen one of our favorite beer experts ,Alex Macy, away from Red Carpet Wine in Glendale to be in charge of all the new suds.

According to Alex: “We will specialize in the rarer beers, having about 15 taps and a sizable bottle list, as well as a full kitchen featuring plates designed to pair nicely with our beers and wines.”