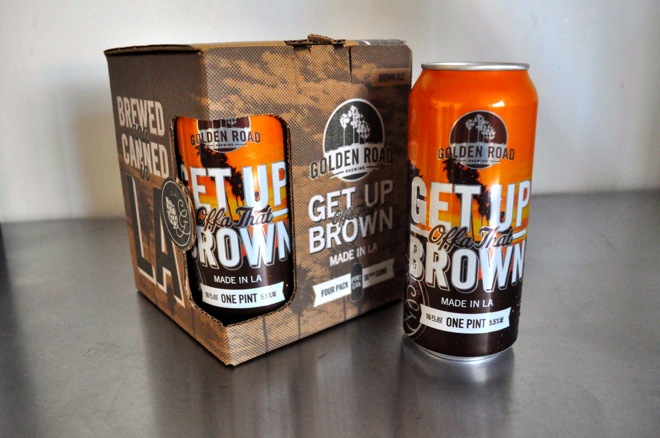 Fresh in the inbox is news that Golden Road Brewing in Atwater Village is adding yet another canned beer to its line-up: Get Up Offa That Brown.

Previously available only on draft and for growler fills, Get Up Offa That Brown is Golden Road’s “take on a more traditional English-style brown [ale, with] trace amounts of smoked malt [added] to emphasize the roast.”

While the email we received only announces a release for members of Chloe’s (the semi-private club behind the Pub at Golden Road), we’ve got an inquiry in to find out if a larger public release is in the works. Stay tuned for updates.

[UPDATE (1/20): Get Up Offa That Brown has been confirmed as a full-time addition to Golden Road’s line-up of canned beers, and will be for sale at local retailers and at the brewery beginning on Monday, January 21.]