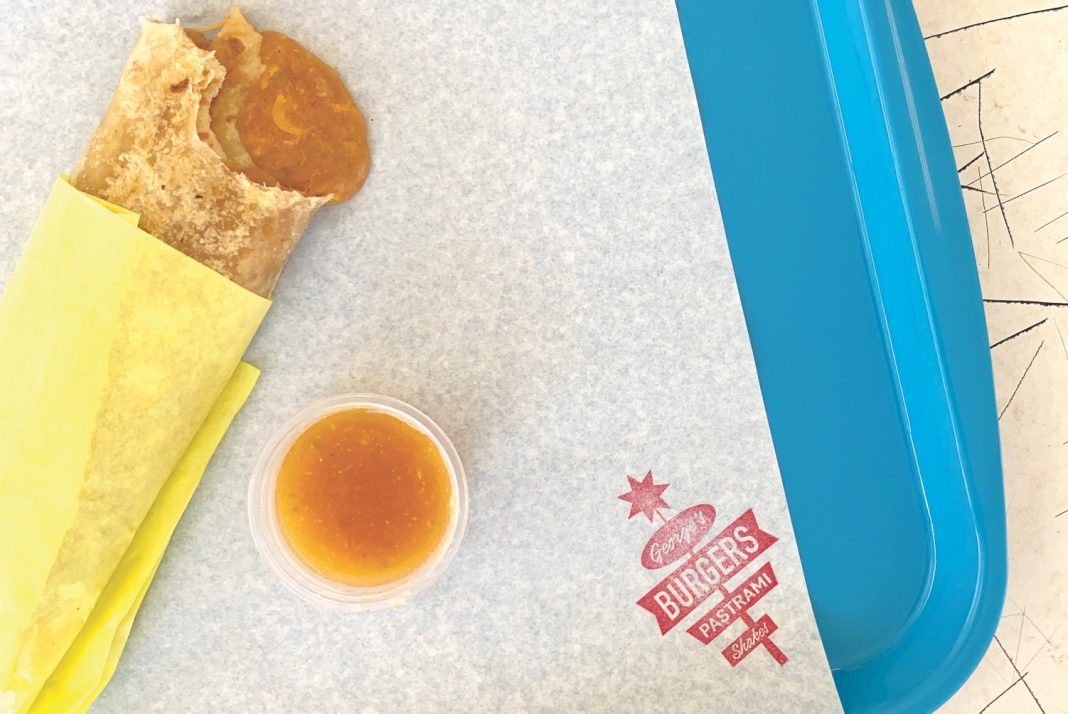 When the father-and-son team behind beloved taco chainlet Guisados took over George’s Burger Stand in Boyle Heights last October, the 55-year-old drive-in had seen better days. The patties were frozen, the sauces came from plastic jugs, and the menu had swelled to an unmanageable length.

What did remain, however, was the unmistakable charm of an old-school L.A. burger joint, the feeling of which co-owner Armando De La Torre Jr. wanted to recapture in the food as much as the decor. “We’re not here to change the game,” De La Torre says. “We’re just here to bring it back.”

After reviving the stand’s burgers and chili fries with fresh ingredients, De La Torre turned his attention to another staple: the bean and cheese burrito. “Our bean and cheese had to be on par with the Al & Bea’s on 1st Street,” explained De La Torre, citing another Boyle Heights icon. “If you know Al & Bea’s, you know to order the salsa.” So besides velvety smooth refried beans and molten Longhorn cheddar inside the warm flour tortilla, you’ll also encounter that famed warm and mellow salsa, which De La Torre makes with stewed onions, tomatoes, chiles, and a not-so-secret ingredient (chicken stock). “It’s a way of paying homage,” he says. “Every menu item here rides on a bit of nostalgia.”

RELATED: We Ranked All 15 Guisados Tacos