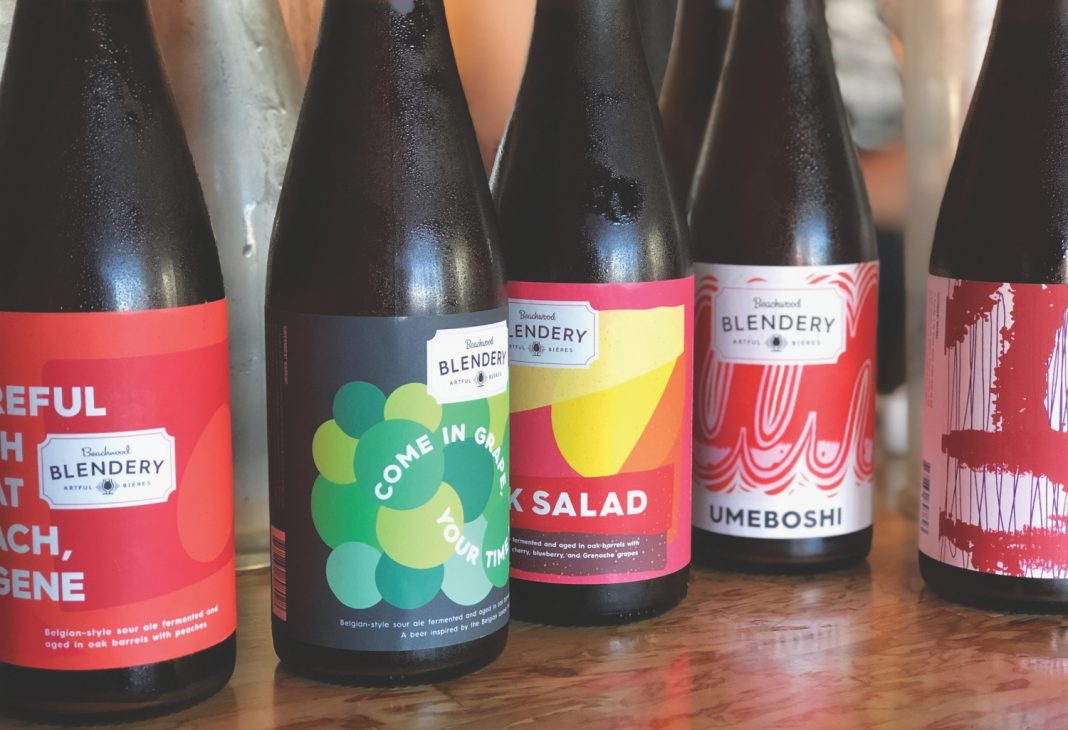 Ryan Fields, head, brewer at Long Beach’s Beachwood Blendery, is obsessed with lambics. Fermented with acid-producing airborne microflora and aged in oak barrels for years at a time, the obscure, slightly sour style of Belgian beer is known for being one of the most nuanced brews in the world. “It’s the pinnacle of sour beer,” says Fields. “It’s not something you can make on the side. There are so many intricacies and variables and complexities to it.”

The 33-year-old Central Coast native isn’t the only local brewer bewitched by the challenges and rewards of wild-fermented beers. Dry River Brewing in Boyle Heights and Phantom Carriage in Carson both specialize in funky “experimental” aged and blended sours; Cellador Ales, near Northridge, produces a coveted supply of barrel-aged sours doled out mostly through a membership program. But the Blendery, which launched in 2015 as what Fields calls a “nerdy side project” of the award-winning Beachwood Brewing, isn’t content to brew just any wild ale. It aims to re-create exact flavors and aromas of Belgian lambics inside a humidity-controlled, century-old brick building in downtown Long Beach. Filled with stacks of used oak barrels, it’s a lambic laboratory—the first of its kind in the U.S.

Since they’re fermented by ambient bacteria, lambics are a testament to the power of place. Historically that place was Belgium’s Senne River Valley, where breweries like Cantillon and 3 Fonteinen produced earthy, rustic, low-alcohol beers. Lambics were not only probiotic, but, for hundreds of years, safer to drink than water. Aged for one, two, or three years in wood casks, they were eventually blended to produce a gueuze (pronounced gooze), a next-level batch as balanced and distinctive as fine wine. If the process sounds complex, that’s because it is.

“There’s still so much mystery to it,” says Fields. “You can’t just go pick up a book that tells you exactly how to brew a lambic beer in America.”

To replicate tastes and aromas that have only ever existed halfway around the world, the Blendery uses traditional and nontraditional brewing methods, collecting massive amounts of data to keep key variables in check. But unlike an IPA or stout, which can be turned around in a matter of weeks, each beer requires a bare minimum of eight months to mature, making success a decidedly long-haul endeavor. So while you’ll find the Blendery’s year-old lambic Chaos Is a Friend of Mine on draft at the brewery’s taproom, you’ll have to wait until fall to taste its first gueuze-inspired release.

“It’s a lot of trial and error,” Fields says. “Let’s just say that no one’s making three-year-old barrel-aged beer to get rich.”

RELATED: 10 New L.A. Breweries That Should Be on You Beer Week Radar