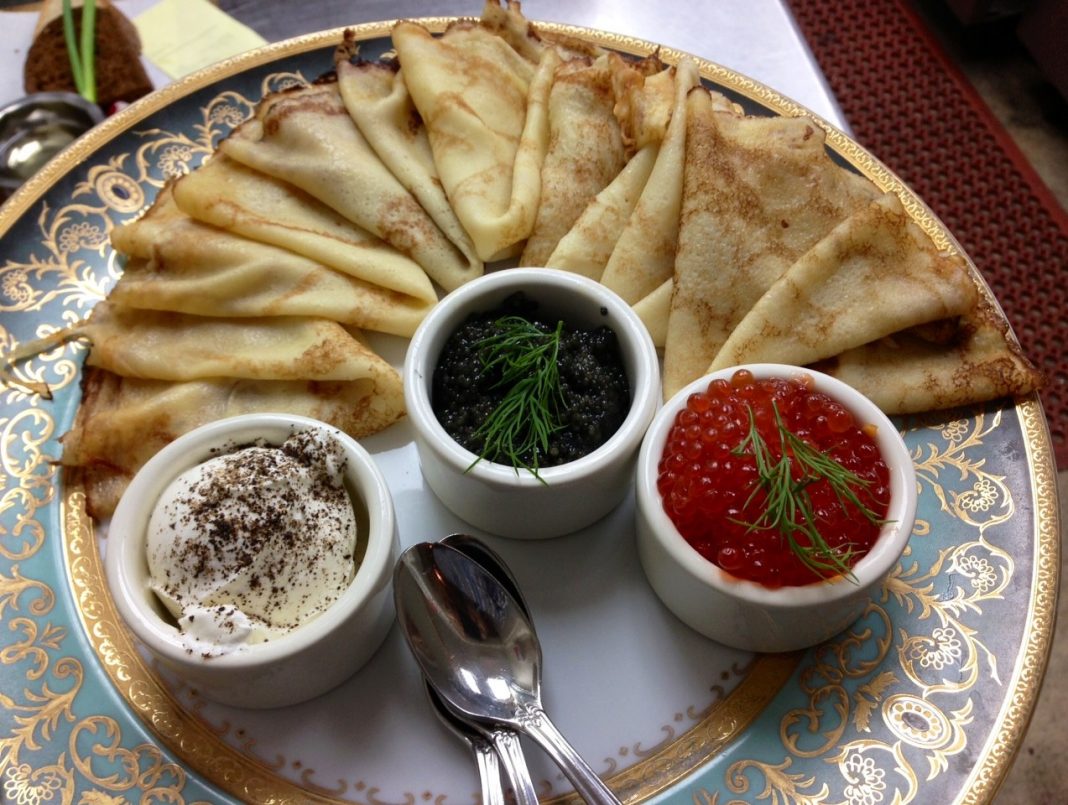 Mari Vanna, which is simultaneously West Hollywood’s wackiest and most authentic Russian restaurant (you know, the one with a live accordion player on staff and walls covered in ornate birdhouses) just got a little crazier: Starting next Wednesday, October 8 at 6 p.m., you’ll be able to gorge on unlimited caviar—as if you were some sort of 19th-century Russian czar drowning in rubles—for the peasant-appropriate price of $34 per person.

Now, before you totally freak out you should realize that this is not the ultra-rare black sturgeon roe that goes for thousands of dollars per ounce, but rather red salmon caviar (known as ikura in Japan) whose delicate salty flavor is still a fairly coveted delicacy among connoisseurs, despite being far less expensive than the stuff you’ll find served on private jets, in mansions and at West Hollywood’s other caviar purveyor, Petrossian.

For $34, you’ll also be provided with an unlimited selection of plain and stuffed blinis, an assortment of Russian salads, and a free glass of Champagne. For those who want to spend a bit more, black caviar—the pricier stuff—will be offered at $10 off regular price. Mari Vanna’s “Unlimited Caviar Bar” will run every Wednesday night from 6 p.m. to close.