Home Dining Avocado Toast Ice Cream Is Here and You Can Thank a Local... 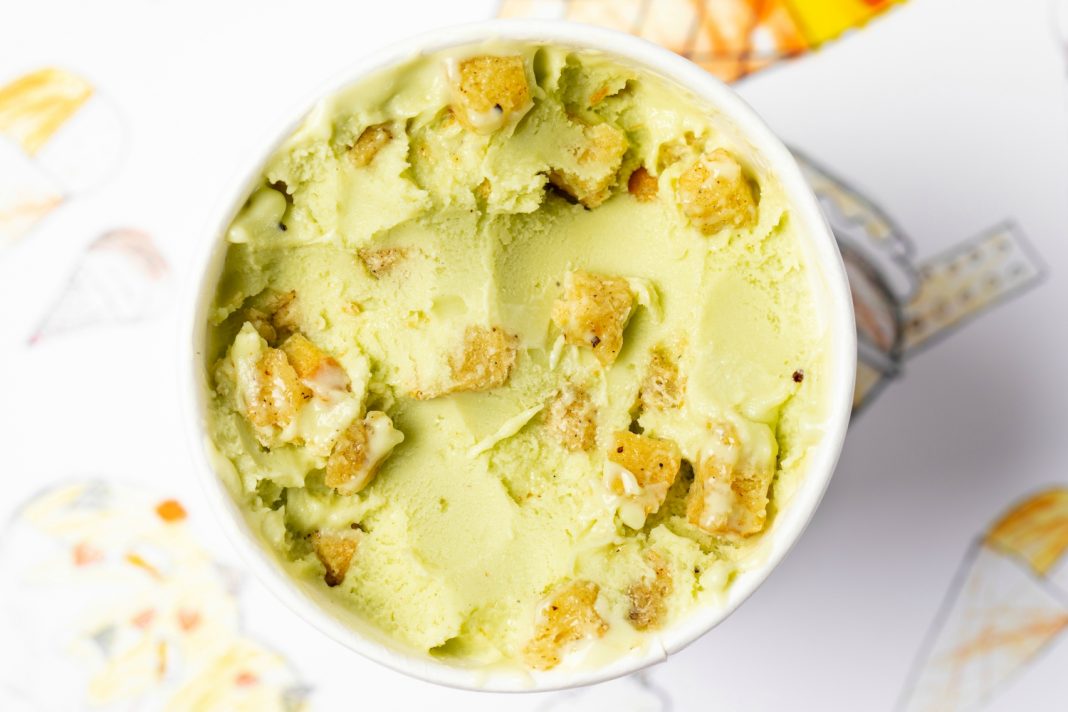 Lana from Larchmont Charter had the idea for the Avocado Toast flavor. “She has the pulse on L.A.,” enthuses Malek.

Her submission contained precise instructions: “First get your vanilla base and don’t flavor it too strong because you have to keep the avocado flavor strong,”  it read. “Add chunks of avocado for texture. Add some salt and pepper. Then chop up some bread to make bite size pieces, mix it all together and your done.”

Malek notes that the store likes to have a “very specific tempo in our flavors” and a range from simply delicious (think Chocolate Gooey Brownie) to more adventurous (think Freckled Chocolate Zucchini Bread).

But actually making the winner was challenging. “It’s surprisingly hard, “ says Malek, who says he and his team struggled with getting the avocado taste and texture to properly come through. They finally got it right when they decided to mix the mashed avocado with a little sour cream.

“It has a pretty ‘aha’ moment,’” he says. “We’d tried it with water and milk, and it wasn’t giving it enough body.”

Another breakthrough was getting the toast right. After experimenting, they settled on cubes of Tartine bread brushed with butter, olive oil, salt, pepper and sugar. It’s toasted until it caramelizes slightly. While your typical avo toast doesn’t involve sugar, Malek says it was crucial for the flavor.

“We needed to marry the sweet and savory,” he explains. The end result, Malek says, is surprisingly tasty and accessible. “I really love it. I think it’s not savory, that’s one of the things that people are scared of with this type of flavor. It’s got a really complex sweetness to it.”

And, what doesn’t Lana think? She’s yet to try it, and Malek, who has been having kids create flavors since 2012, admits he’s nervous. “It’s really scary,” he says. “Every once in a while, a kid tries it and they’re like, ‘This is not what I thought!’”

RELATED: L.A.’s Least Boring Ice Cream Flavors and Where to Find Them