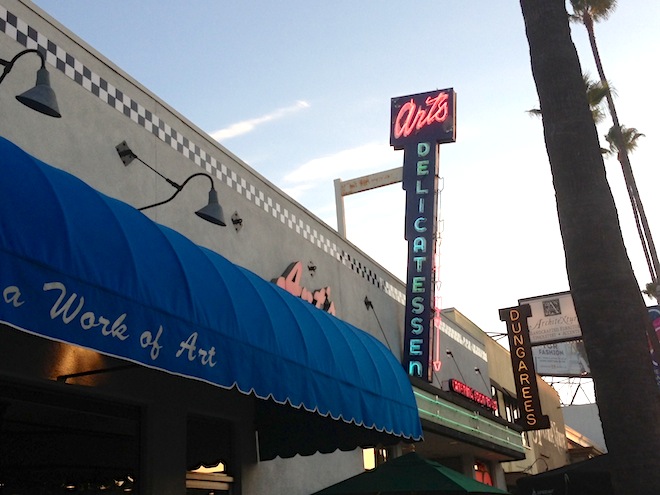 Art Ginsburg was just 78 when he passed late Wednesday, reports L.A. Observed. The guy who sold us on the slogan “every sandwich is a work of art,” operated Art’s Delicatessen from its inception in 1957 until he passed the business to his children in 2010.

Warner Brothers’ executives and stars like Steve Martin, Ed Asner, and Mickey Rooney have been frequenting the deli, known for Art’s triple decker sandwiches, for years. Ginsburg maintained a loyal celebrity following because he allowed stars their privacy. Sandy Ginsburg tells the Times, “There would be celebrities in the dining room all the time and Art would say don’t bother them. They just want to eat with their families, like everyone else.”

A memorial service was held this morning at Sholom Memorial Park in Sylmar.

Art’s Deli and Restaurant will reopen on Saturday, July 27 at 7 a.m.