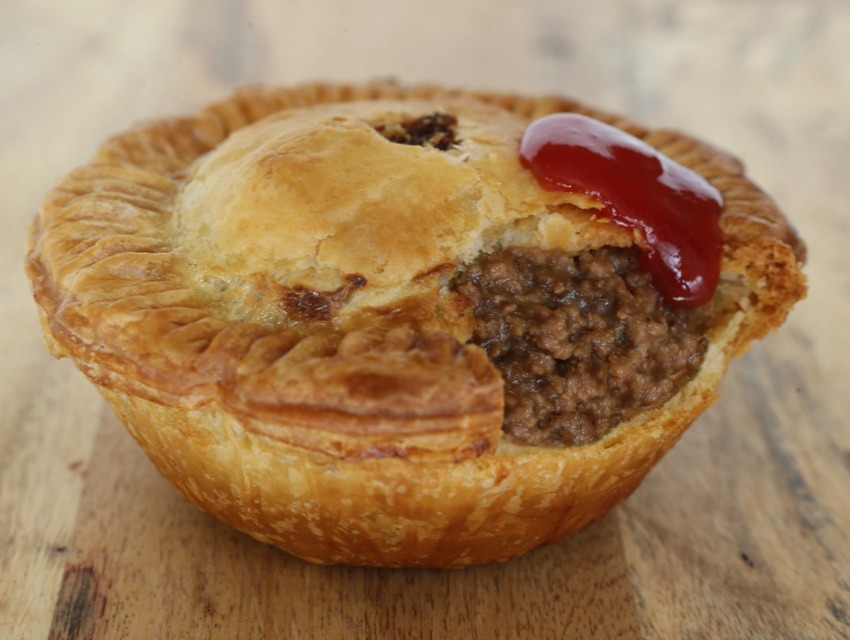 From Hollywood to Hermosa Beach, outposts of Down Under-style casual dining are popping up like Australians at awards shows. With more Aussies and New Zealanders making Los Angeles their home than ever before, their idiosyncratic delicacies—airy coffee drinks and meaty hand pies—are taking root, too.

“We really missed the ‘brekkies’ we used to have in Sydney,” says Coffee + Food owner R.P. Sekon of the morning meal. “We saw that there was a niche for the kind of great savory food that Aus-sies do so well.” The American film producer met his Australian wife, Mel Cain, while living in Sydney, and their Larchmont Village café’s flat white—velvety microfoamed milk poured over two espresso shots—earned a tweet of approval from Russell Crowe. (No word on what the Kiwi star thinks of the versions at the Aussie-owned Two Guns Espresso in Manhattan Beach or at Venice’s Deus ex Machina café.)

Then there’s the brekkie staple that’s even more beloved than Vegemite: avocado smashed on toast, whether it’s smeared on Turkish bread with salt or smushed atop sourdough with Aleppo pepper. You’ll now discover “avo” slices at Australian-owned Goldies on West 3rd Street; its sister restaurant, West Hollywood’s Eveleigh; and Hermosa Beach’s Gum Tree Café, run by a former Melbournite and his wife. Sure, the dish isn’t fussy, but don’t be fooled. “Australians are fussy. We like unfussy food, but it has to be good quality and have great flavors,” says Samantha Bryan, who last year opened Bronzed Aussie, a downtown café dedicated to the flaky, meat-filled hand pies of her home country. (Fans include Hugh Jackman and Iggy Azalea.) “Pies are an everyman food, affordable but gourmet.”
And they’re catching on. Santa Monica’s Aussie Pie Kitchen just set up shop, and the famous Sydney chain, Garlo’s Pies, recently launched its first U.S. outlet in Westwood, topping its pastries with mashed potatoes and gravy. As the Australians would put it, How good is that?