Home Uncategorized Andre Guerrero to Open Bakery Next to Maximiliano 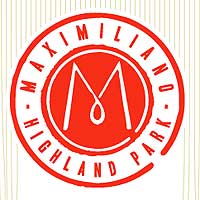 Andre Guerrero—the native Eastsider behind Oinkster, Maximiliano, and the biggest thing to happen to the Belgians since Audrey Hepburn, Little Bear—has plans to open a bakery next door to Maximiliano in Highland Park. The small space will sell fresh-baked breads, pastries, and third-wave coffee whipped to a froth using a pricey Synesso espresso machine. If this sounds a bit like the failed Butter Tart concept that Guerrero tried to open last year in Glassell Park, you’re on to something. No word on a timeframe—or a name—but with rumors of other heavy-hitting chefs scoping spaces in the neighborhood, Highland Park is on the rise.