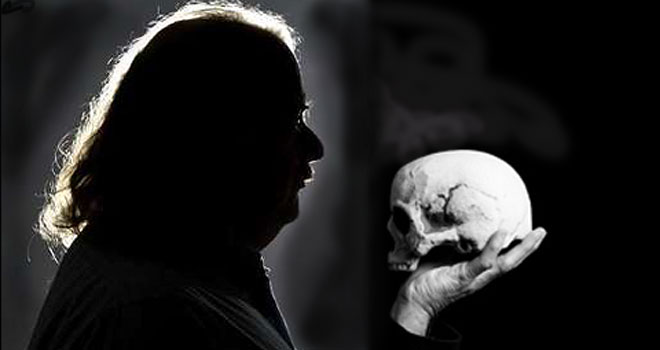 It’s one thing to appear on film as the subject of a documentary, but it’s another thing completely to expose your inner thespian on stage, live. That’s exactly what L.A. Times food critic Jonathan Gold will be doing alongside a slew of other guest stars in the Second City’s A Christmas Carol: Twist Your Dickens!, running through December 30 at the Kirk Douglas Theatre.

The J. Gold joins fellow food personalities Susan Feniger (STREET) and Valerie Gordon (Valerie Confections) as well as celebrities like actress Rita Wilson, singer Lance Bass, scientist Bill Nye, and actor Vern Troyer (yes, Mini-Me) for the barely scripted comedy special. The date of each appearance is a surprise, which means there’s no guarantee you’ll see Mr. Gold reciting Dickens in a Santa suit alongside a diminutive version of himself (we can only hope) on the night you attend. Is it worth taking a chance? That’s a resounding yes.

This caps off quite the month for the Pulitzer Prize winner, who last week was named the most respected food critic in the country by the Daily Meal, and is currently in production on a documentary about his career. Perhaps Gold is going for the EGOT?