Home Cooking Making Sourdough? A Local ‘Bread Nerd’ Baked Up a Loaf for the... 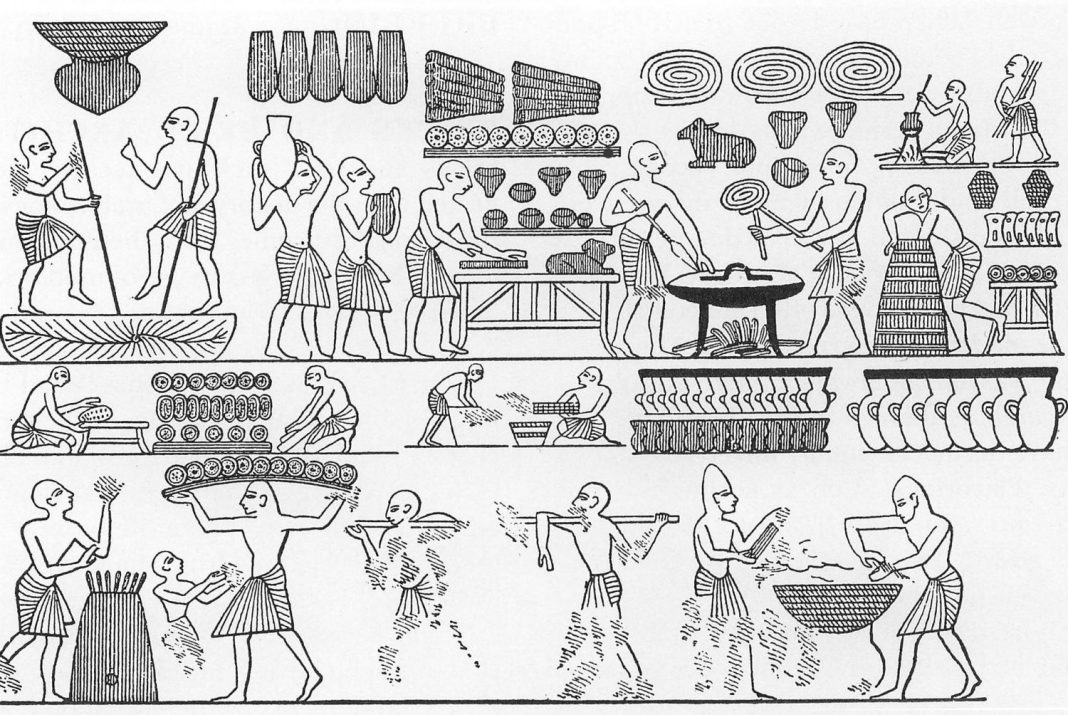 Dried yeast has become something of a hot commodity in recent weeks, as stir-crazy amateur bakers have chosen to while away their days in quarantine with the time-consuming task of making homemade bread. But for Pasadena-based physicist and baker Seamus Blackley, who is best known as the creator of the Xbox, a yeast shortage won’t be a problem—he prefers to source his leavening from the inside of 4,500-year-old pottery.

Blackley recently tweeted that he had achieved a year-long goal of making bread using leavening cultures sampled from ancient Egyptian baking vessels, with an ancient Egyptian recipe, using only ancient Egyptian tools and ingredients. We caught up with the self-professed “bread nerd” to learn more about how he brought that ancient leavening back to life, and to see if he has advice for fledgling bakers who have developed their own passion for bread making while waiting out the spread of COVID-19. (This interview has been edited for length and clarity.)

How did you start baking with ancient yeast?

I’ve been baking for a long time, since I was in high school. About ten years ago, I started baking sourdough and realized you could collect yeast from different places and the bread would taste different, which was fantastic to me. I had a friend of mine from the video game industry give me a sample of this yeast that had been used to make ancient Egyptian beer, so I raised it up as a culture and baked with it, and posted about it on Twitter.

It got millions of impressions, but along with this enthusiasm came tons of skepticism from biologists and Egyptologists and people who knew shit. They asked, how do you know this is ancient starter culture? How do you know it’s been kept sterile so it’s not contaminated with modern stuff? And why are you baking like a modern person?

I felt like a jackass. So I reached out to the people who were the most vociferous and serious about giving me feedback, and those are the two people who I’ve partnered with now, Dr. Serena Love and Rich Bowman. We devised a plan to fix those problems, and to sample the microbes for real.

It’s kind of like microbiological fracking. You have all these very, very old vessels around that the Egyptians made beer and bread in, and we wanted to find a way to extract microbes from these vessels so it wouldn’t damage them.

Yeast hibernates—it goes to sleep when it dries out for a really long time, possibly forever. That’s why dry yeast works in packages, like at the supermarket. So we figured that if people were using clay vessels to brew beer and make bread, some of these microbes would soak into the ceramic. And then when the pot dries out, it’s like a sterile environment in the middle of it, in what’s called the ceramic matrix. We developed a technique that forces a liquid into that matrix and then vacuums it out, so it doesn’t damage the pot.

We made a fluid called YPD, which contains yeast extract, peptides, and dextrose. Together, these three things are a growth medium that’s kind of universal; almost all microbes will eat it. To that we add specific amino acids and other things to help the yeast wake up. We use this as our “fracking” fluid, and then we take the samples to the microbiology lab at the University of Iowa and replicate them in sterile conditions and see all these organisms that are in them, and do DNA analysis on them.

But some of that I took home, and amplified in a traditional way by feeding it emmer flour, which is the grain that the Egyptians had. When I say home, my kitchen isn’t probably much like most people’s kitchens—I have microscopes, autoclaves and UV sterilizers and stuff all over the place. So I raised a starter made from this yeast in totally sterile conditions, and it woke up and it got really bubbly, and loved the emmer. And then I baked a loaf with it.

“It’s an art as much as it is a science, and failures are still delicious.”

Can you tell me about the ancient Egyptian “oven” you use?

There were bakeries built on the Giza plateau by the pyramids—we’ve found them—that are like the size of football fields. These were huge operations because there were like ninety or a hundred thousand people working on the pyramids during the high season. The bakeries have these huge rows of what look giant egg cartons, and the holes are the places where the baking happens, like in my video on Twitter.

So what they would do is take a special baking vessel called a bedja and they heat it up so it wouldn’t crack. Then they’d pour dough into it and put some hot embers in the bottom of a hole, put this bedja with dough in it into the hole, and cover it up with more hot embers, and then leave it there for like half an hour and then pull it out. Then it would be a loaf of bread.

Does it taste different than bread modern-day folks might be used to?

It has the same level of quality, it’s chewy and fine and good. It’s made with whole meal emmer, which is not a grain that a lot of people today experience as a bread. I put coriander in there, and different spices the Egyptians put in their bread, which is really good. And it’s cooked with different fat. The Egyptians used flax seed oil because they made a lot of linen. The sourdough starter is sweeter, has a different flavor profile. But fundamentally it’s just really, really good bread.

Do you have any advice for people who have just started making their own bread?

The best advice is just don’t worry about it too much. You know, people made bread that was really good in super primitive conditions. So, you know, be emotional about it. Don’t use your analytical mind about it. People geek out about bread and have exact measurements on things and talk about protein content and all this shit, then that’s all fine. But, you know, try to commune with your ancestors on this and get a feel for it, and just practice and enjoy it. It’s an art as much as it is a science, and failures are still delicious.

RELATED: Here Are 9 Ways to Get Wine Right Now, When You Need It Most