Home Food An Open Letter to the City of L.A. on Street Food 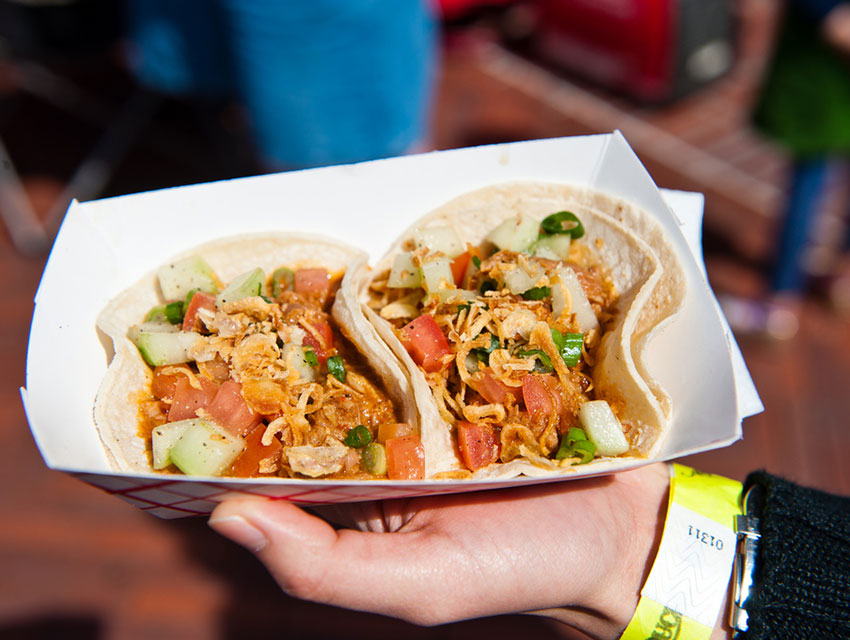 Ever since politicians Jose Huizar and Curren Price drafted a proposal to legalize L.A. street vending two years ago, our hard working community of street vendors has only seen their hopes and dreams dashed by harsh crackdowns and questionable legal actions by the authorities. In early 2014, I reported on a sweep at the Mercado Olympic, one of the most outstanding Mexican food destinations in Los Angeles, where vendors were ticketed and had their equipment seized and demolished in front of their eyes in a trash compactor as I witnessed some officers chuckling and taunting pedestrians and vendors alike. No receipts for seizures can be submitted for equipment that has been destroyed. Despite these demoralizing and counter-productive strategies, and a vote to reinstate a ban on street vending at parks and beaches, street vending is alive and well, and is one of L.A.’s attractions.

A recent report states that street vending is a $504 million industry and are a benefit to the brick and mortar businesses near where they operate; what I’ve observed as an L.A. street food consumer for over 20 years is that vendors are resilient and simply will find other places to set up if they’re shuttered. Yes, there is a tax incentive and yes, these are working families that are more productive working than looking for handouts, but what about the benefit to the consumer?

Los Angeles is famous for its street vending, and a more diverse group than ever are dining at both licensed and unlicensed street food vendors from trucks to stands to tables and beyond. As a consumer, I’m part of a community that enjoys the flavor, traditions and ambiance of street food (many also enjoy the economics of street food), and we’re responsible enough to carefully select vendors that serve safe food to their regular and new customers. No vendor wants to get their customers sick—it’s bad for business, but harassing and ticketing these vendors isn’t a solution and will never work.

A simple benchmark for street food stands needs to be put into effect to educate vendors on food handling and give them the incentive to get licensed, pay taxes, and improve the cleanliness of their food. And those of us who as adults choose to dine at unlicensed stands need the government to get out of our bellies—street food isn’t for everyone and we already don’t need regulation to make these choices. So, let’s move forward then—I call on our lawmakers to legalize street vending citywide, bringing these hard working entrepreneurs into the mainstream economy. Until then, we’ll be doing what we’ve always been doing—eating street food in L.A., the last major city in the U.S. dictating where adults can eat.