Home Uncategorized All About Highland Park’s The Greyhound Bar & Grille 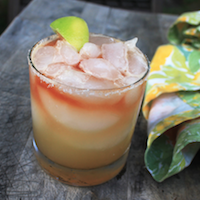 Don’t call The Greyhound—the forthcoming Highland Park bar and restaurant by Matt Glassman, Ryan Julio, and James Bygrave—a gastropub. Nor is it a New American restaurant. Or, the next hot thing in cocktail bars. It’s just a neighborhood bar. This simple, no-nonsense idea was inspired by the owners’ desire to create a chill, budget-friendly neighborhood pub where diners and drinkers could gather on a regular basis. At the same time, it’s a place the owners themselves (and their bar industry friends) will want to frequent.

Photograph courtesy of The Greyhound

The Greyhound has, like the drink of the same name, the potential to be simple and satisfying. It’s a corner bar that just happens to have 20 beers on tap hand-picked by craft beer-loving owners who hail from Father’s Office; a food menu consulted on by fine dining and bar food expert, Beachwood BBQ’s Gabriel Gordon; and carefully selected spirits by Julio, a scotch lover.

“The whole point is I love to check out new cocktail places, but that’s not where we go after work when we just want to have a good time. Most of the time we end up going to the Zebra Room in Torrance or the Rustic in Los Feliz when it’s very hard and expensive to go to a craft beer bar once a week,” explains Julio. “Going to dives like the Prince of Wales, the food sucks, the service is terrible, the drinks are awful but I always have a great time because there’s no pretension.”

The food at the Greyhound isn’t in the style of a fancy pants gastropub—it’s straight-up bar food. You can order fried cheese as well as a side of bacon to enjoy with your beer, because why not? For something a bit more substantial, get the “Greyhound Wings” (half a dozen for $7, a full dozen for $12) with your choice of sauces—from a traditional buffalo to the unusual honey sriracha. The sauces change with the chef’s whims; new flavors pop up every week.

Entrees include bar staples like fish and chips and a Greyhound burger. But, as with the whole concept, this burger isn’t trying to compete for the title of best gourmet burger in L.A. “I love the classic, smashed flat-top cheeseburger from places like Shake Shack in New York, Capital Burgers on Pico, or Hawkin’s House of Burgers in Watts. So, to make our burger, Matt and I tried about 10 different beef cut blends on a flat top, finally finding the perfect blend; we throw it on a traditional East Coast potato bun, classic accoutrements, and Gabe’s sous chef, Frank, gave us this killer (and secret) way to add a salty/sweet/Umami-bomb quality to the burger. Now our burger is this super classic shack burger, with our own signature twists.”

Now about those cocktails, which range in price from $8 to $12 and are spins on the classics. Ryan Julio shares some of the drinks off the list along with their backstories:

The Bentley Margarita: “An indulgent riff on the Cadillac Margarita, which is less of a craft cocktail, and more like something you would find at an old school steakhouse. Mastro Dobel adds ridiculous richness, our fresh squeezed sour mix has a nice balance of sweet and tangy notes, Giffard Triple Sec is one of the few orange cordials that actually tastes like orange, and instead of a float of Grand Marnier, I prefer the flamed orange quality of Royal Combier.”

Jimm’s Cup No. 3: “The first in our rotating variations on the different Pimm’s cups, humbly named after my British business partner, James. Pimm’s Cup #3 is usually a brandy-based winter warmer. Due to the large number of ingredients, we batch out the cocktail in advance and add complexity by letting it rest on oak chips before serving.”

Mos Eisley Sour: “My business partner, James, always challenges me to make drinks that hit on all aspects of the palate: a little sweet, savory, sour, smoky, and spicy. This drink has all of those in balance, with no flavor or aroma overtaking the other. Plus it seemed like something Greedo would order.”

Old Tony’s Firechief: “This is my take on one of the oldest cocktails I can remember, hailing from one of Redondo Beach’s most nostalgic dives, Old Tony’s on the Pier. I took the formula for their ‘Fire Chief,’ and updated it with better ingredients.”

Santos L. Halper: “Bacanora is a badass agave-based spirit from Sonora, Mexico, that was illegal in the United States until 1992. Its gin-like floral yet smoky notes make for a great twist on a Paloma. The name comes from a corporate misspelling of ‘Santa’s Little Helper,’ one of the few famous fictional greyhounds on TV. (See ‘The Canine Mutiny,’ Simpsons Season 8, Episode 20).”

The Greyhound hopes to open in time for Christmas. They’ll start off without servers, with guests having to order at the counter while runners and barbacks will bring out the food and drinks.

Opening hours will be Monday through Wednesday 4 p.m. until 1 a.m., Thursday through Saturday ’til 2 a.m., and Sunday ’til midnight. There will be a happy hour from 4 until 7 p.m., and eventually lunch service as well.