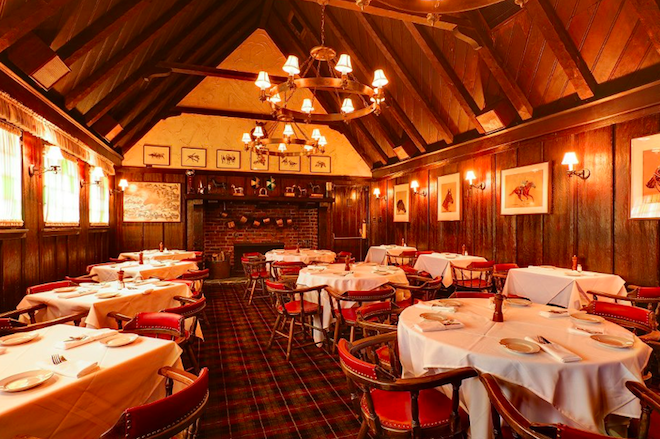 We were saddened and surprised when Tom Bergin’s Tavern announced last Wednesday evening, via Facebook, that they would be closing their doors for good as of this upcoming Sunday, July 7.

When the 77-year-old pub was purchased in 2011 by partners Brandon Boudet and Warner Ebbink (Dominick’s, Little Dom’s), the ensuing renovation—which took longer than expected—symbolized a renaissance for the historic restaurant. Unfortunately, this rebirth was short-lived. Boudet says, in a statement released through his publicist:

We’re sad to announce that Tom Bergin’s will be closing its doors this Sunday.  While Bergin’s is widely loved, the sales just could not support the business.  Once the doors close, every fixture will remain in place, including the historic shamrocks, with the intent to pass the tavern on to another operator, fully intact.  We are proud to have worked with a fantastic team this past year and will miss the regulars and patrons who have made Tom Bergin’s an institution in Los Angeles for the past 80 years.

Meanwhile, Tom Bergin’s Chief Operating Officer Kat Witt tells us that “[t]he owners told the staff just this Monday about the closure. They want to sell the property intact as Tom Bergin’s, so the shamrocks stay. As for Sunday, the owners won’t be around for the last day. Bergin’s will have regular service and close at midnight.”

So now the question is: Will someone buy and save Tom Bergin’s?

Trendy Teens Shopping on Fairfax Show Off Their Street Style