Home Technology The Lawmaker Behind AB 5 Wants to Change How Food Delivery Apps... 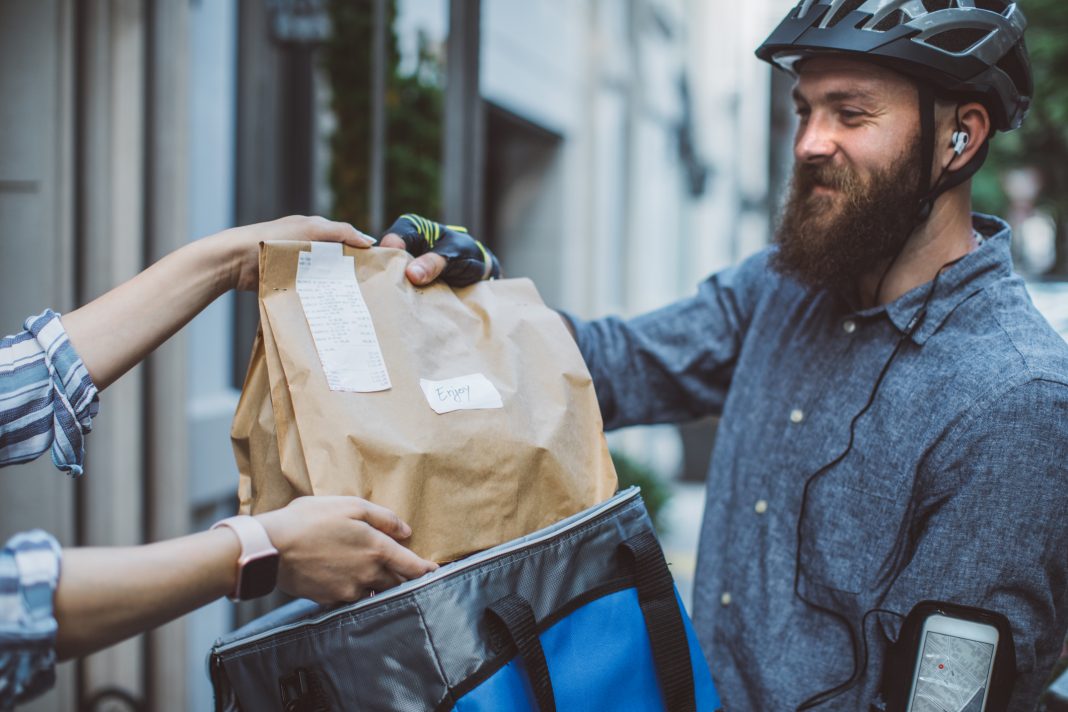 Apps like Postmates, DoorDash, and GrubHub might seem like a perfect solution to getting your favorite local restaurant’s food delivered directly to your door–but for some independent restaurants, those apps have made the already-difficult task of sustaining a food business even more challenging. The tech giants have been accused of a variety of aggressive practices, from charging restaurants high fees (on top of the fees charged to customers) to taking orders without informing the restaurant to creating entire fake operations that purport to be well-known local spots.

A new California State Assembly bill, known as AB 2149, aims to address those issues. The bill would rein in third-party food delivery apps, requiring the services to only list a restaurant on the platform with permission from the restaurant owner and to share certain information about who is ordering.

The legislation is sponsored by Lorena Gonzalez, the San Diego assembly member who has recently been in the news for her other gig economy regulation bill, AB 5. She sees the bill as a way to help local restaurants stay afloat and stand up to the big tech companies.

“We learned during our work on Assembly Bill 5 that not only were these multimillion-dollar tech companies treating their delivery drivers unfairly, they were also taking advantage of small mom-and-pop restaurants,” Gonzalez says. “It’s completely unfair for California’s small businesses.”

Already nearly 58 percent of all restaurant delivery sales in the United States are being made on these apps, Vice reports, and it’s expected to reach 70 percent by 2022. That leaves many restaurants feeling forced to agree to whatever terms the apps set for them, which can include charging the restaurant double-digit commissions on orders, while also charging users fees.

“In some cases, even when a restaurant has tried to remove itself from a delivery platform, these apps continue to deliver their food,” Gonzalez says.

GrubHub has been caught setting up hundreds of fake websites that appear to be linked to local restaurants, and many restaurant owners have reported that even if they don’t cooperate with any app, delivery drivers keep arriving at their doors to pick up orders.

“Postmates put us on their platform without our permission. They have our first menu from over four years ago, with outdated menu items and prices,” says Susan Park, a co-owner of Revolutionario North African Tacos near USC. “Grubhub recently added us to their app. We used to be with them before, with our permission, but early last year, we told them to take us off. Then about a month ago, Grubhub drivers started showing up with orders. They looked very confused and we were confused. We refused the early orders. But then decided take them after we figured out what was going on.”

She says that, while they’re willing to fulfill a few orders when they come in, it hasn’t been the boon to the restaurant’s business that might have been promised.

“The orders tend to come during peak times at our restaurant. So they tend to be disruptive. Because of the poor launches and all the tech glitches, we never got enough orders during any period of time for them to be worth it for us. They’re just very disruptive,” Park says. “The profit margin was nominal for the headaches.”

AB 2149 also seeks to close an information gap between restaurant owners and the people who place orders for their food. Currently, all information about who places the orders stays with the app. That could mean that a restaurant doesn’t learn information that could be important for the growth of their business, like what neighborhoods their loyal customers live in, or how well the packaging they use to box up orders holds up to transit.

“It would also require apps to share customer information with restaurants when they request that information, allowing restaurants to directly communicate with the customers who are ordering their food,” Gonzalez says.

She asserts that restaurant requests for user data would be limited to once per year and would still be covered by California’s consumer data protection rules, which should allow for a specific individual to opt out of having their information shared–but some in the tech industry appear to have doubts about how that would be implemented.

Courtney Jensen, the California executive director of TechNet, a trade group that represents a variety of large tech companies including delivery apps DoorDash, GrubHub, and Postmates, raises a question of what happens after the apps, which are governed by the California Consumer Privacy Act (CCPA), hand over user information to local restaurants which currently may not be subject to that law.

Consumer privacy isn’t the tech companies’ sole concern. Jensen also argues that restricting the apps’ ability to deliver food from restaurants they do not have prior deals with is an unfair limitation on their business–and might even chip away at sales coming into small restaurants.

“AB 2149 is a poorly conceived attempt to hamstring food delivery platforms, and it flagrantly violates consumer privacy in the process,” Jensen says.

That pushback doesn’t dissuade Gonzalez, who has shown an eagerness to take on California’s big tech interests.

“Technology has enabled us to have whatever food we want delivered to us–but we have to recognize that this comes at a cost for some restaurants,” she says. “This legislation will give small mom-and-pop restaurants more power when they deal with multi-million dollar technology companies.”

RELATED: California’s “Gig Worker Law” Has Passed, but Uber Says It Shouldn’t Have to Comply