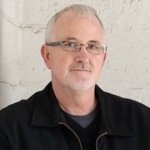 News came late last year that Robert Egger, founder and president of DC Central Kitchen, would be coming to Los Angeles to open L.A. Kitchen, a nonprofit community organization that will glean and recover food that would otherwise go to waste, using it “to fuel a culinary arts job training program for men and women coming out of foster care, or older men and women returning from incarceration.”

Yesterday, AARP announced a three-year, million-dollar partnership with L.A. Kitchen to help fight older adult hunger. Some of the vegan and vegetarian meals prepared by the organization will be distributed to food-insecure adults over 50, but the partnership aims to nurture “not only the nutritional needs of those served but also the physical, social, mental and financial aspects of older adults” according to a press release.

In addition to L.A. Kitchen’s efforts with seniors, Egger laid out other ambitious plans for the venture, including “large-scale urban composting, showing how every part of a plant can be used to build stronger bodies and healthier communities.”

Also announced yesterday via L.A. Kitchen’s Twitter stream was news that chef José Andrés would be their founding chairman of the board.