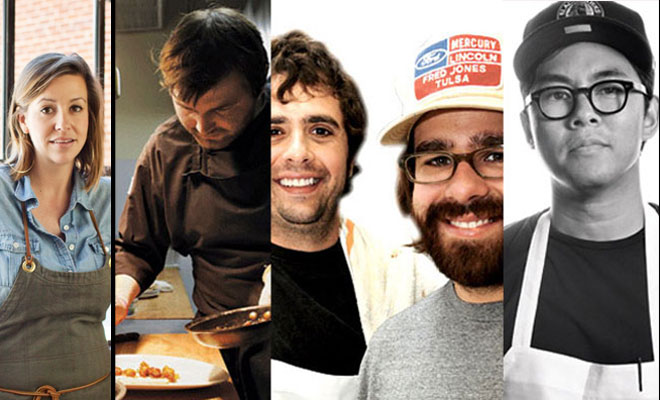 This morning, the James Beard Foundation announced its list of semi-finalists for the 2013 Restaurant and Chef Awards, and for once we won’t dedicate an entire blog post to bemoaning how much the Beards don’t get L.A.

This year, Angelenos made a more than respectable showing in almost every category (well, except maybe Wine Program, where we have zero—wtf?), including Kris Yenbamroong of Night + Market and Bernhard Mairinger of BierBeisl for Rising Star Chef, Karen Hatfield for Pastry Chef, Suzanne Goin and Nancy Silverton for Outstanding Chef (girl power!), and no less than seven hometown toques (Josef Centeno, Michael Cimarusti, Andrew Kirschner, David LeFevre, John Rivera Sedlar, Jon Shook and Vinny Dotolo, and Ricardo Zarate) for Best Chef West. Oh, and there’re many, many more.

Now, keep in mind these are the semi-finals. The final five nominees in each category will be announced during a press conference (and via the @beardfoundation twitter feed) on March 18. Historically, that’s when we tend to lose most of our L.A. representation. But this year we have a strong line-up, and the Beard Foundation—which has been criticized for being too New York-centric—has been very public about wanting to increase the geographic diversity of nominees.

Before you grumble about seeing the same older, more established restaurants and chefs beating out many of our hot up-and-comers, consider this: The Outstanding Chef category requires candidates to have been working as chefs for at least the past five years, continuously. Restaurateur candidates must have been in the business for at least a decade!

The full list of L.A. semifinalists is below; for the entire line-up of nationwide hopefuls at jamesbeard.org. Winners will be crowned during the fancy chef’s gala at the Lincoln Center on May 6.

RISING STAR CHEF OF THE YEAR: