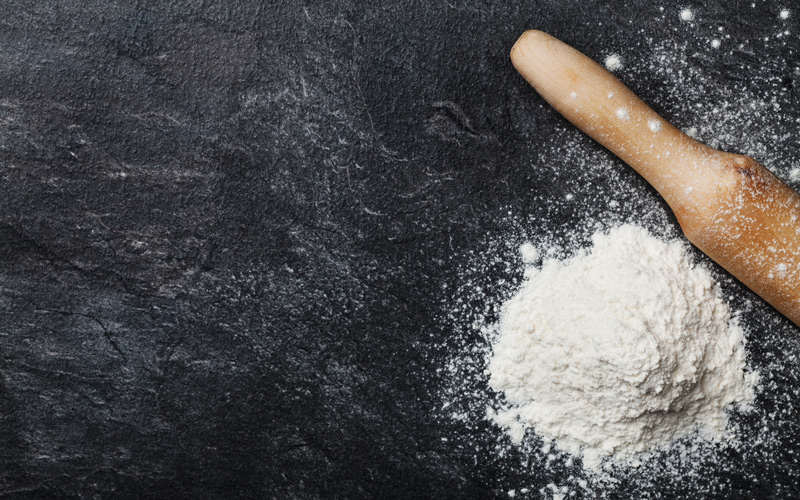 Pastry chefs are complex characters. Their hours rarely overlap with those of the rest of the kitchen. They might get in before everyone else or still be sprinkling fleur de sel on a toffee pudding after the place has been swabbed down. They’re forced to nab burners while defending their corner of fridge space from a grill guy looking to store his garlic chimichurri. And they live in a constant state of job insecurity, as owners in lean times often consider the position expendable. “There’s never a direct return on investment,” says Sascha Lyon of the recently opened Commerson on La Brea. He brought pastry chef Liz Sencion with him from the W Hotel anyway.

So it’s no wonder that for a handful of years the city’s desserts swung uneasily between extremes. One night the rubbery thing under berries pointed toward a harried line cook who’d been given the extra job of making panna cotta. The next, in a different place, it was molecular mayhem: every liquid jelled with seaweed agar, every oil transformed into powder with maltodextrin. Rather than being the homey option, all too many bread puddings seemed like reheated inertia.

The pastry chef has been on the rebound of late, imparting a newfound maturity to the craft with the confidence to keep plates simple. It’s been a while since I had one of those Pollock-dribbled platters that are one pickled tendril away from an appetizer run amok. Instead today’s understated desserts channel rustic comforts but are still inventive enough to keep you gabbing about them on the ride home. At the Wallace, a crowded Culver City gastropub, Rebecca Morris complements Joel Miller’s lamb-and-farro porridge with a sleek slice of chestnut linzer torte. Amid the stacked wood at Odys + Penelope, Karen Hatfield pits the hearty Nordic notes of a rye crust against the lush tropical ones of high-cocoa chocolate custard—but all in a familiar wedge of pie.

It was only when L.A.’s savory chefs began to focus on the casual kinds of food the city does so well (Thai snacks, tacos, burgers) that the world began to take notice of us. Now L.A. pastry chefs, too, have looked inward and discovered a way to lend their technical prowess to the basics—most of all, fruit. No longer juiced, frozen, and artificially congealed, the harvest of local orchards is even the star of the plate in some restaurants. At Kali, Susan Bae dials back the crème fraîche on her shortcake to put the flavor of early-season strawberries front and center. Following one another on Shannon Swindle’s ever-updated menu at Craft are berries and apricots, Silver Logan peaches and Belle de Boskoop apples—sometimes glowing in buttermilk cobblers, other times sliced and served alone (they’re that good).

Commerson’s Sencion needs only lemons to fashion the gloriously squishy custard she pipes into uniform cylinders of brittle meringue. Sure, there’s some wizardry at work, but it’s not about showboating. Today’s pastry chefs will still gladly inscribe “Happy Birthday” in chocolate on the rim of a plate, as long as it means putting their sweet stamp on the end of a meal.