Home Uncategorized A Parisian in L.A. 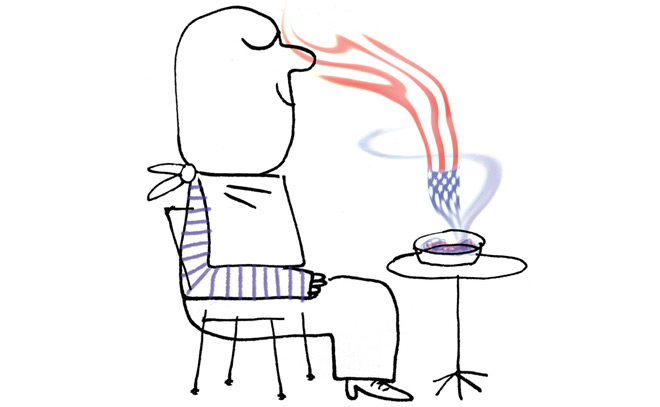 Alexandre Cammas is France’s foodie numero un. The founder of Le Fooding, the radical French culinary movement, recently spent some time in Los Angeles. He was planning this weekend’s Le Grand Fooding Crush Paris-L.A. event, which brings together top chefs from both cities for two days of Francophile frenzy. During his visit, Cammas learned a few things about our town—and he thinks we all-too-humble Angelenos need to hear them. We present his pep talk, translated en anglais.

1. We don’t need the Michelin Man. “Culinary enthusiasts around the world to agree that the tastes of the times have outgrown the Michelin Guide. So why in this extraordinary city, which was abandoned by the overly traditional guide in 2010, is there any thought on its return? Why must we heed the opinions of some pretentious guide when all the evidence points to L.A. being one of the most delicious cities on the planet?”

2. Fine dining is dead. “The very idea is absurd. A taco served in a cardboard box is ‘finer’ than a sloppy emulsion from a snobby chef.”

3. We’ve nailed Italian. “I found my favorite pasta dish of all last year at Mozza’s Mozzarella Bar—chez chefs Nancy and Mario. So far the award for 2013’s best pizza goes to Bestia downtown.”

4. Our chefs push zee envelope. “In Paris we don’t have people with quite the level of eccentricity as Bäco Mercat and Bar Amá’s Josef Centeno or Wolvesmouth’s Craig Thornton. We don’t have graphic designer foodies like Red Medicine’s Jordan Kahn.”

5. We’ve got everyone beat. “What other city in 2013 can pride itself on such a variety of delirious delights? Where else can one claim to have invented the ‘délicatruck’—or one better than Kogi? What town has better perfected the ‘dude chef’ attitude adopted by Jon Shook, Vinny Dotolo, and Ludo Lefebvre? Cosmopolitan like no other, L.A.’s got plenty to be proud of. When you sit down to eat, you need no more stars than the ones on your Boulevard to light up the night.”