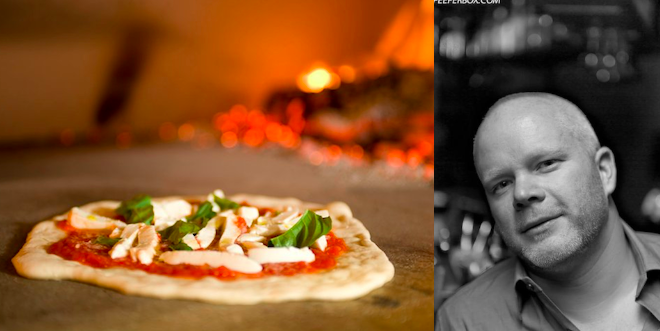 Yesterday, the powers behind 800° Degrees, the pizza concept from chef Anthony Carron in partnership with Umami Restaurant Group (Adam Fleischman and Allen Ravert), announced that they had secured $7 million in minority equity financing. We reached out to Carron to get a bit more information on what this means for the future of assembly-line Neapolitan-style pizza.

Apparently, though the team behind 800° Degrees was thinking about growing (a new, larger location in Santa Monica will open in November of this year), they weren’t actively seeking investors. In this case, Carron says that “…this particular investor, a private individual, is a big fan and approached us. We struck up a conversation and took it from there.”

Carron tells us that the money will be used primarily for growth; the company is set to open 10 new locations in Southern California and Nevada by the end of 2014. Will this mean that 800° Degrees will have to adopt a commissary model, where the dough and sauce will be made in one central kitchen and then delivered to each site? Carron says that won’t be the case. “Everything will be made in-house at each location. We won’t be able to do a commissary, the dough is really sensitive and it changes every day so we’re going to keep doing it all on site.”

In general, it sounds like the only changes the company will make will be to hire a new corporate team to help with the expansion. The next 800° Degrees outpost opens this August at LAX. And while the current plan is to focus on locations in SoCal and Las Vegas, could 800° Degrees go national? Carron sounds optimistic: “Our customers will tell us that, if demand holds up, we’d sure like to. In general it’s been pretty successful so I can see that happening.”