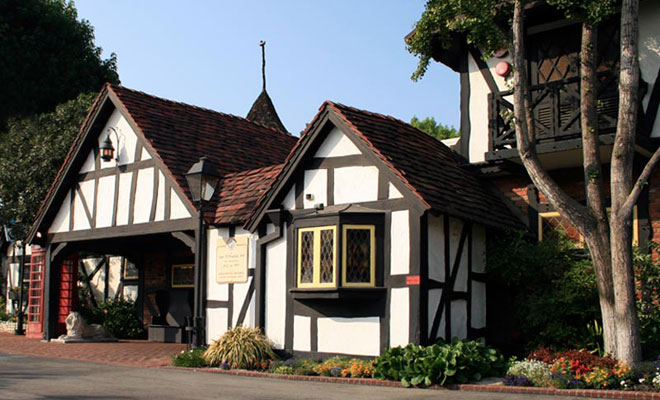 The Lawry’s family has owned and operated the Tam O’Shanter in Atwater Village for more than 90 years. Yeah, that’s nine decades worth of slinging pints, prime rib, and shepherd’s pie to hungry (and thirsty) Angelenos. The Tam is actually Scottish—but so was Saint Patrick, which perhaps explains why the restaurant throws one of the city’s largest bashes on the Irish festival of Saint Patrick’s Day. This year the Tam is throwing a giant tent party with Celtic rock bands, corned beef, and brews—including a special Golden Road Brewing Company beer made just for the occasion—all day long, So, how does a restaurant gear up for the expected crowd of more than 2,000 people? The Tam O’ Shanter’s General Manager John Lundquist explains:

LAMAG: How early do you have to start planning for the annual Saint Paddy’s Day party?

JL: We try to think about it as little as possible. No, really, we start planning the day after the previous Saint Patrick’s Day. We give ourselves about 48 hours to relax and then we start talking about what worked this year, what didn’t work, and what could help the next year.

Do you dread it or look forward to it?

I actually look forward to it because we see a lot of people we don’t normally see. The demographic skews younger, which is what I’m trying to drive throughout the whole year. Whenever you can pack a place, it’s a restaurateur’s dream.

What are some of the harder lessons you’ve learned over the years?

At 1 a.m. it’s time to close the doors. It’ doesn’t matter if it’s a Friday or a Saturday—just try to wrap everybody up around 12:30 a.m. Your mom was right: Nothing good ever happens after midnight. Also, we had a band one year that wasn’t really Celtic rock. They were a great band, but boy did we hear about it.

This year the holiday is on Sunday. Is that a good thing or a bad thing?

Last year I said that Saturday was not going to be a good day. Saturdays are reserved for family or a night out with your significant other. I was dead wrong. We were busy from noon all the way through to midnight. It was a record year. So I’m not making any guesses about Sunday. It’ll be interesting. A lot of the hardcore younger crowd that likes to party late will be taking Monday off. The people who couldn’t are going to go from noon until 7 or 8 p.m.

How much food and drink do you expect sell?

We judge a “cover” by people who purchase a food item—last year that was 1,379 covers total. Corned beef makes up the lion’s share of the orders—we go through more than 1,000 pounds of corned beef on Saint Patrick’s Day. And the 1,379 doesn’t count the people who just come in for drinks. We usually go through 40 to 50 kegs from Guinness and Bass. That’s more than 5,000 pints. This year, Golden Road is releasing a special beer just for us, so we’ll also have 22 kegs of that. Brewery owner Tony Yanow is a regular—he inked his lease agreement for Mohawk Bend here at the restaurant.

How has the celebration changed over the years?

We’ve been doing some sort of Saint Patrick’s Day party for more than 30 years. It used to be sit-down lunch in the dining room, but we moved it to a tent 10 years ago, which really adds to the carnival atmosphere.

What do you love about working at the Tam?

After 91 years, the restaurant has had the same owners—they’re so invested. Saint Patrick’s Day is easily one of my favorite days of the year. I put on my kilt, play mayor, and do my best to manage the chaos.