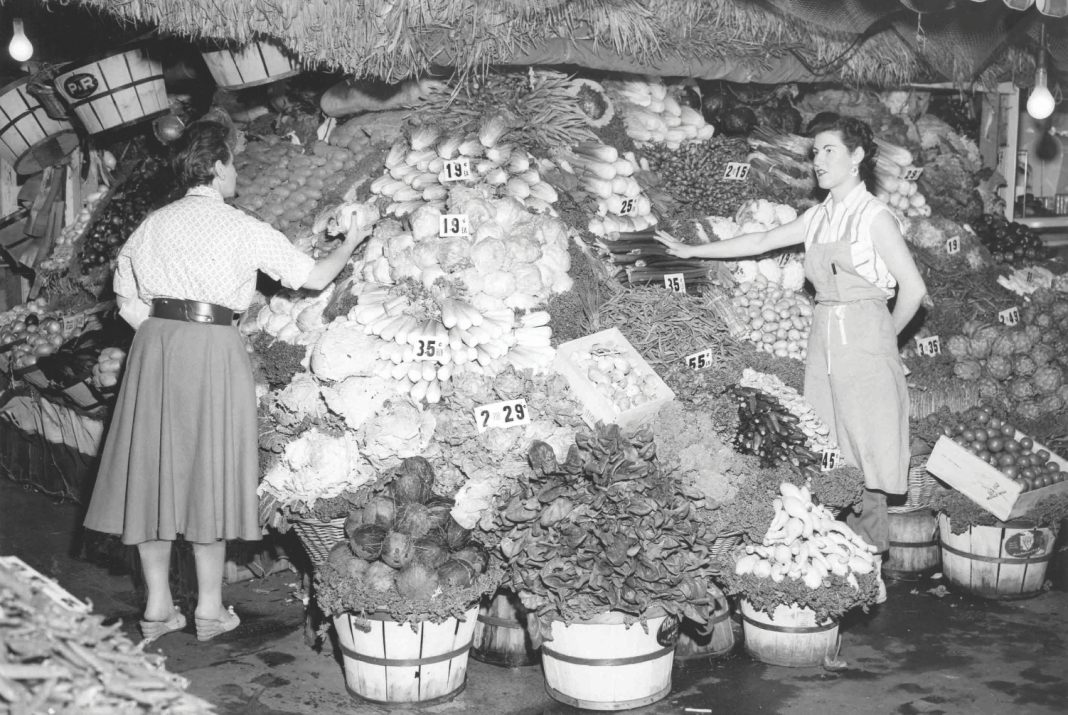 When the Original Farmers Market debuted in 1934, it wasn’t much to look at: 18 vendors selling goods from the backs of pickup trucks in a dusty lot at 3rd and Fairfax. Flash forward 85 years, and the market—still owned by the family that first leased the lot—has evolved into a bustling hub for tourists and locals alike, home to more than 100 merchant stalls, from purveyors of produce and meat to kitschy novelty stores. Despite tweaks and turnover, the market’s identity has proved remarkably resilient, right down to its most historic tenants.

Blanche Magee began slinging sandwiches to hungry farmers in 1934, before the market was even a permanent structure. A few years later, she opened the still-standing Magee’s House of Nuts, famous for creamy nut butters and roasted mixed nuts (attracting visitors like Dwight Eisenhower and the Beatles). The market’s oldest merchant, Magee’s Kitchen, endures, with third-generation owner Dwayne Call now at the helm.

After spending his childhood working at his father’s Farmers Market meat shop, Bob Tusquellas took a detour in 1970, becoming the owner of the adjacent doughnut shop he frequented as a kid. Heavily involved with his eponymous stall nearly 50 years later, Tusquellas has grown the menu to include more than two dozen varieties, from honey-glazed buttermilk to dinosaur-shaped.

Pasquale “Patsy” D’Amore and his brother were credited with selling L.A.’s first pizza, along with opening ritzy Italian restaurants like Casa D’Amore and Villa Capri. D’Amore expanded into a Farmers Market stall in 1949 (one of L.A.’s first slice counters) and soon drew celebrities like Frank Sinatra and Dean Martin. Daughter Filomena D’Amore took over the business in 1998; the old brick oven, built 70 years ago, remains in use.

Scott Bennett’s grandfather managed the Farmers Market for more than two decades, and his uncle opened the family’s ice cream stall in 1963. When Bennett assumed control in 1992, he wanted to carry on making ice cream from scratch. His whimsical creations churned on-site include cabernet sauvignon sorbet and a sundae covered in house-made hot fudge.

The Littlejohns were serving up English toffee more than 25 years before opening their stand in 1946. Michael Graves began working at the shop prior to his high school graduation in 1981, and, a few years later, was able to buy it. Today, you’ll see Graves and his staff making candies by hand: rocky road fudge, chocolate-covered marshmallows, and, of course, English toffee.

RELATED: Morning at the Farmers Market

Meet the Vendors Who Keep the Flower Market Blooming—and Bustling