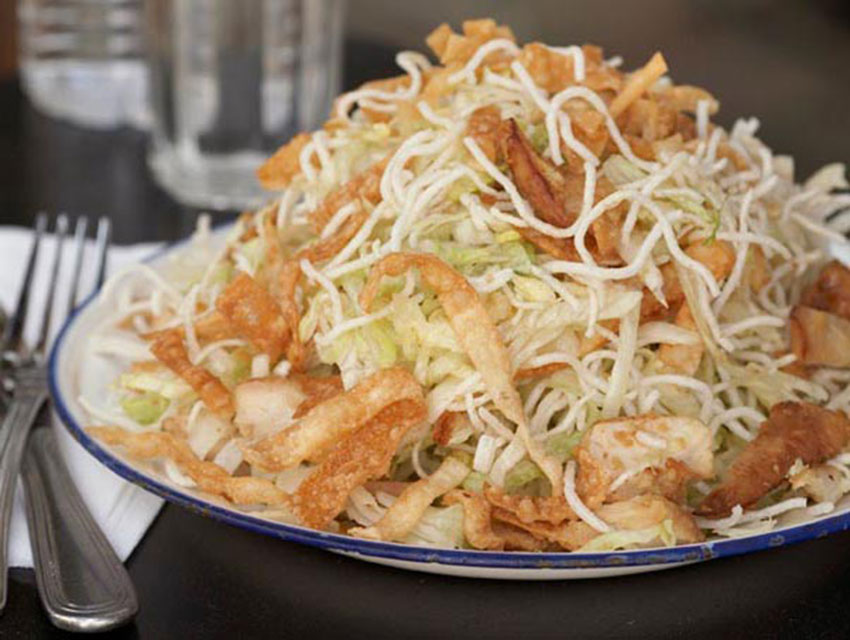 L.A.’s current—and enduring—obsession with upscale comfort food can arguably be traced back to Joan’s on Third. Since opening its doors almost 15 years ago, the all-in-one gourmet market and restaurant has earned its place among the city’s culinary icons by specializing in the homey, feel-good dishes that Angelenos can’t get enough of. Now, owner Joan McNamara is bringing her decadent sweets, fancy snacks, and re-imagined American standards to Studio City, where she’s set to open a second location later this month (and later in the year, Santa Monica). To mark the occasion, we asked McNamara to share five essential dishes that she thinks everyone, from newbies to longtime devotees, should try at Joan’s. Here’s what she told us:

Omelets “My first restaurant was the Egg Basket in NYC, an omelet restaurant,” says McNamara, who’s been known to invite customers into the kitchen to teach them flawless-egg techniques. “They’re perfectly fluffy and made in the French style, which very few people in the United States know how to do,” she says.  The Ham & Cheese Omelet, served with sour cream, is a favorite.

Sweet & Crunchy Pickles An infatuation for many L.A. foodies is the little paper cup of pickles served with every sandwich at Joan’s. “They’re made in house every day of the week,” says McNamara. Sweet and crunchy as their name promises, these bread and butter pickles are also available in take-home tubs for those who can’t get enough.

Chocolate Roulade “A fluffy, flourless chocolate cake rolled with freshly whipped cream that’s not too sweet, but oh so decadent!” is how McNamara describes her chocolate roulade. The log-shaped cake is lauded for its lightness.

Chinese Chicken Salad If there was every a salad with a cult following, it’s this one. Served in Joan’s signature big metal bowl, this Cal-Asian dish is an addictive mix of sliced crispy breaded chicken, wonton strips, rice sticks, almond slivers and a light, sweet dressing. Perfect for summer (or anyday, really).