Home Food & Drink 14 Pies in L.A. You Have to Eat Before You Die 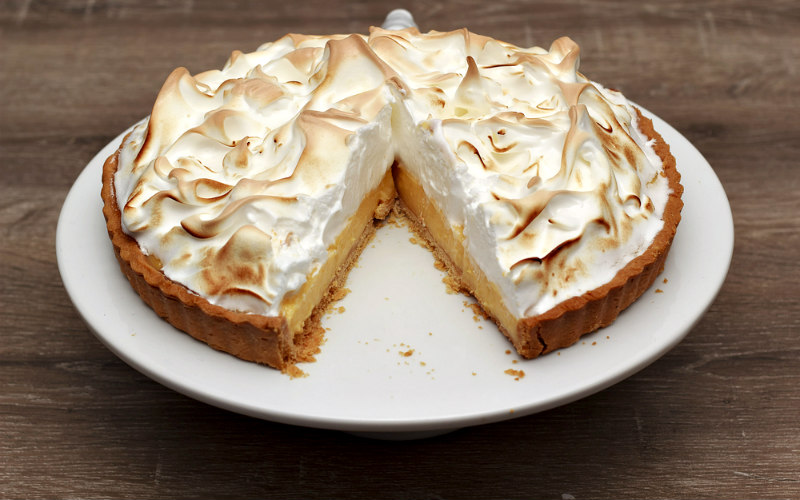 Oh, you thought that pie season was over, huh? You thought that all those Thanksgiving pumpkin slices were in the rearview mirror, and you could go on living your life like everything was back to normal. Nope. Not even a little bit. There’s at least another six weeks of pie season—it bleeds into early January so you can gradually ween yourself off—left on the calendar, and you better take advantage of it. These are the 14 pies in L.A. you have to eat before you die (which is hopefully a while from now):

Chess pie is one of those regional specialties there isn’t much context for in L.A. But context is overrated. And chess pie is underrated. It’s hard to go wrong with thick, rich, gooey, fudgy cornmeal-thickened chocolate custard in flaky crust.

First, every pie should be topped with meringue. It’s like marshmallows and clouds had a baby and it easily surpasses whipped cream as the best pie topping. Second, too-sweet-but-who-cares butterscotch custard is fantastic when chased with diner coffee.

There is no wrong move at The Apple Pan—banana cream pie, pecan, apple, whatever. It’s all about sitting at the old school counter, eating a slice of diner-style pie, sipping cola from a paper cone, and feeling like you’re a character in a story your hypothetical grandma or grandpa would probably tell. Coconut cream is just a personal fave.

True confession: Nicole Rucker’s pie was the first pie that I ate where I was like, “Oh, damn, I get why people like pie so much.” Not that I disliked pie before, but I just didn’t get it. You know? The crust is crumbly but still substantial and it strikes a crazy sweet and savory balance with the filling. The Bee Sting is my favorite—honey custard, toasted almonds, and orange blossom. You can find Rucker’s pies at Smorgasburg every Sunday, and there will occasionally be a selection of slices at Cofax Coffee.

Thank god they finally have a storefront. What really sets Cake Monkey’s cherry pie apart is the layer of frangipane—almond paste mixed with butter, cream, and eggs—cutting right through the middle.

Bar Pie from Here’s Looking at You

Sit at the bar at Koreatown (kinda) newcomer and you have the privilege of snacking on their pie of the day. Take that, large groups of friends collectively having a good time at tables! Flavors vary all the time, but it’s always special. Cross your fingers and hope you end up there on yuzu meringue pie day.

A photo posted by Adventures With Scaggs (@adventureswithscaggs) on Dec 16, 2014 at 9:28am PST

Ahhhh, a Hollywood staple pie. Served in a big, heaping, gooey, melty, creamy mess in a cast iron skillet and topped with ice cream (should you so choose), digging through the layers of this pie is an orgiastic experience.

S’mores Pie from The Pie Hole

What’s the worst part about s’mores? That’s right—they’re inconveniently shaped. The Pie Hole solves that glaring problem by putting marshmallow, chocolate, and graham cracker into pie form. And we will be forever grateful.

Still waiting for mini pies to be the new cupcakes. Maybe one day… anyways, Atticus Creamery serves up a panoply of super adorable mini pies, and the chocolate earl grey is custardy, rich, delicately perfumed, and perfect.

Cheesecake is absolutely a pie. Like, it has a crust. How many cakes do you know that have crusts? Exactly. The King’s Hawaiian bakery in Torrance makes a hell of a triple layer cheesecake that stacks guava on lime on passionfruit.

Much like The Apple Pan, it doesn’t matter what kind of pie you order at Philippe’s; all that matters is you order pie, and you watch the person behind the counter shove giant bowls of mac salad and pickled eggs out of the way to grab you a slice from underneath the glass. A true L.A. experience. And maybe the acid from the lemon helps cut through the fat of the beef dip or whatever. Who knows.

This. This is the pie. A classic mixed berry combo punched up with red wine and set in the perfectly decadent crust.

Fancy, artfully plated pie! This is a trend I can go along with. The chocolate rye pie from pastry chef Karen Hatfield at Odys + Penelope is funky and rich and crumbly and deceptively complex.

It’s a not-too-distant cousin from chess pie, but the buttermilk pie is more custardy, and less starchy, and has that little bit of buttermilk twang reminding you that this isn’t your typical custard pie.