In 2006, Yvonne Orji signed up to compete in a Miss Nigeria pageant in America. Orji wasn’t the pageant type, but she did it as a favor for a friend. There was just one problem: “I didn’t have a talent,” Orji, 37, writes in her new book, Bamboozled by Jesus: How God Tricked Me Into the Life of My Dreams (Worthy Publishing), out May 25. “As a child of immigrants, I wasn’t exactly raised to have extracurricular talents. The only thing I was good at was making the dean’s list.”

So Orji, who was born in Nigeria and raised in Maryland, prayed. And God told her “do comedy.” She did, and while she placed fourth in the pageant, she ultimately came out on top: Last year, she was nominated for an Emmy, her first, for playing Molly on HBO’s Insecure, which is currently shooting its fifth and final season. She also costars with John Cena and Meredith Hagner in Vacation Friends on Hulu and she’s lending her vocal talents to the Netflix animated show My Dad the Bounty Hunter, both out later this year. Also on the horizon, she’s developing a semi-autobiographical comedy series called First Gen for Disney+, with Oprah Winfrey and David Oyelowo producing. “I won a career,” says Orji. “How do you like me now?” Here, she talks about being funny and having faith.

Were you much of a jokester before you entered the pageant?

Not at all. I don’t even know if I was funny. I mean, as a Nigerian, you tell jokes every now and then, but it’s just with your immediate family.

You write a lot in your book about your conversations with God. As a performer, you have such a strong, unique voice. What voice does your God’s voice sound like?

It almost overrides my thoughts, like, “OK, hold up.” Or it’ll just sound very monotonic, and I’m always up. It’s like, “OK,  this voice inside is too calm. It’s got to be Jesus, because it’s not me.”

What inspired you to write a book?

I knew that I wanted to parallel my story with stories from the Bible. But it’s not your grandma’s Bible study—that’s not what we’re doing. Nobody wants to read that. It’s just kind of updating and taking a modern take on ancient stories and having fun with it. I may or may not call a certain character in the Bible a f*ck boy.

Were you worried about offending anybody with that? Or the chapter where you liken fear to food poisoning and regret to having herpes?

Working in Hollywood, do you feel like there are a lot of people who have a strong faith like you?

You need to have a strong foundation in something. For some people, it’s cocaine, God bless it.  But you have to have a strong foundation in something to maintain a piece of sanity in this industry. I had a meeting where I thought I was going in for an audition and the person was like, “I heard you believe in God.” And I’m like, “I do.” And instead of auditioning, we ended up spending the whole day just talking about faith. And tears were shed, and a prayer was prayed. And I was like, “Well, that took a turn. OK, God, well, I guess that’s what we’ll do today.” And never once did I book with this person. But clearly that was not what I was supposed to do that day.

You know, I’m never proselytizing in terms of, “You have to believe what I believe in order for us to be friends or get along.” No, I’m like, “Listen, if there’s anything in my life that you recognize, I want it to be like when you go to a restaurant and you know you’re super hungry, but you don’t know what to order. And you look over and you’re like ,“They’re smacking and oohing and aahing—I’ll have what they’re having.”

Like I said in the book, Christians killed Jesus. So clearly I’m not one to make anyone see or do or feel anything. I’m just offering what’s worked for me.

You’re single and you write in the book about saving sex for marriage. How much has that defined you?

I don’t think about it that much. I mean, I’m more than who I do and don’t eat with. So it’s the same way as I’m a Nigerian American—it’s part of who I am.

She’s championed this project from the beginning. Before anyone knew my name, she was like, “I believe in this project. I have my daughters in school in South Africa and think they would really relate to these characters. I want to support it in any way I can.”

Did you watch her Meghan Markle interview?

I mean, who didn’t? Eleven million people watched it, so I think so I’m in good company.

What did you think of it?

A lot of people are saying, “Meghan Markle knew what she was getting into.” Well, the narrative could also be, “Harry knew who he was marrying.”

There’s a clip about how Meghan wrote a letter to Procter & Gamble, when she was, like, 11, about a commercial where a woman was washing dishes—and how it was sexist. That same energy has been Megan’s character since she was a little girl. There was also an interview circulating with Diana echoing so many of the same concerns that Meghan did. And then add on the fact that she’s a Black woman.

It’s so funny when people are like, “Protect the monarchy! I don’t believe it.” I’m like, “English is not the official language in Nigeria because all those Africans were like, ‘You know what? We want to speak English.’ ” Somebody had to come in there and colonize a group of people they felt superior to. So I’m gonna go with, “I don’t doubt what she says for $500.” 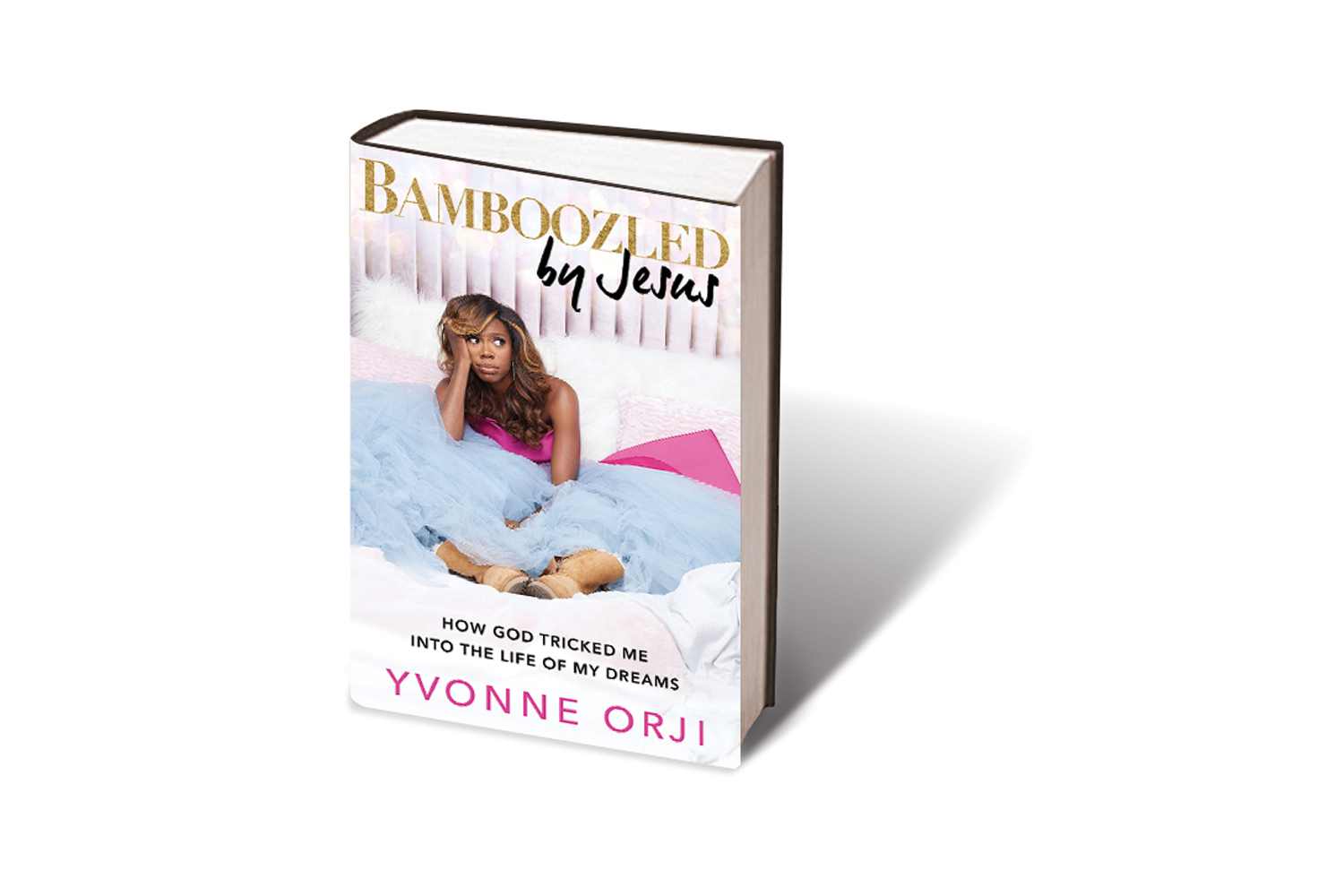