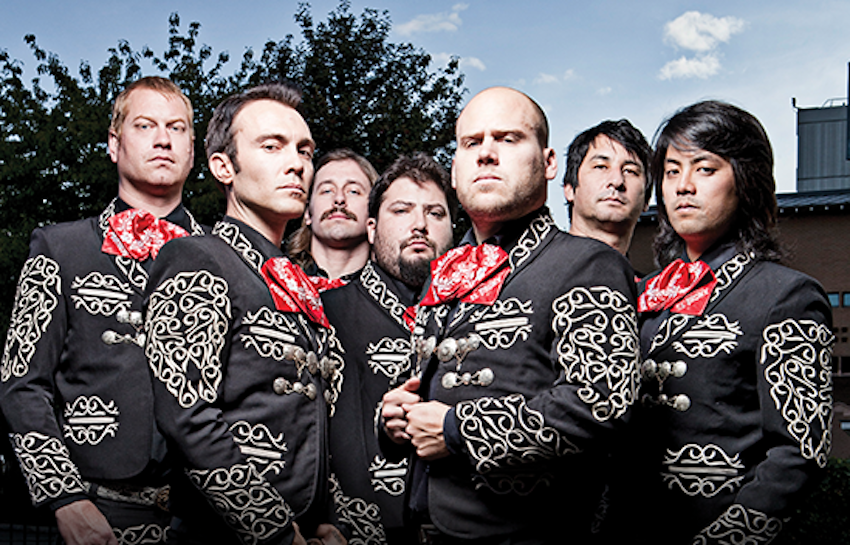 We may be in the dog days of summer, but the music festival season is in full swing. Last weekend, Echo Park Rising filled the neighborhood with music, indie merchants, exhibitions, and vintage shopping. Over Labor Day weekend Jay-Z’s Made in America will take over Grand Park in downtown. This weekend, the homegrown FYF Fest returns for its eleventh year but in a new venue: the L.A. Sports Arena and Exposition Park.

With nearly 60 acts performing in four areas, the lineup for the two-day confab is a mix of international acts like Little Dragon, Jamie xx, and Todd Terje as well as local performers like Thundercat, Ty Segall, and Haim. The event might as well be renamed The Strokes Fest. In addition to Sunday’s headlining set by the entire band, frontman Julian Casablancas and guitarist Albert Hammond Jr. will both play sets with their solo projects; we’re not complaining.

Since you can’t see all 59 bands, here are our top picks for your FYF agenda.

SATURDAY
Grimes: Aside from her recent cameo in Haim’s music video spoof of Jerry Springer-style TV shows, the bizarre Canadian singer and producer has been quiet since her last album, Visions, dropped in early 2012; we’re hoping she busts out new material this weekend. Her self-described influences include Enya, Nine Inch Nails, K-pop, medieval chanting, Mariah Carey, and Marilyn Manson. How does that manage to work together? As The Guardian once said, “By sounding a little like everything you’ve ever heard, the whole sounds like nothing you’ve ever heard.”

Mariachi El Bronx: Fans of The Killers may know this band since these mariachis guested on the 2009 Christmas track “¡Happy Birthday Guadalupe!” The band is an alter ego of The Bronx, a hardcore punk band that plays its own FYF set Sunday, and the two shows could hardly be more different. The band has released five gritty albums as The Bronx and two albums as Mariachi El Bronx, whose sound is a refreshing detour from the rest of the festival lineup and a fitting nod to L.A.’s heritage. We’re hoping they call up Brandon Flowers for a guest vocal.

Future Islands: Fueled by the hit “Seasons,” this is a synth pop band on the way up. If their Saturday set at FYF clashes with another act you want to see, you can catch the Baltimore trio at a Grammy Museum Q&A this afternoon or at the Fonda tonight and tomorrow for some pre-FYF festivities.

SUNDAY
The Blood Brothers: After 10 years together, this post-hardcore Seattle band broke up in 2007 only to reunite at FYF. Their biggest mainstream success came in 2003 with the album …Burn, Piano Island, Burn. If you’re a fan of At the Drive in, the Mars Volta, or Dillinger Escape Plan, this should be right up your alley. One thing is certain, The Blood Brothers bring it loud.

Ty Segall: The prolific 27-year-old has racked up an impressive list of credits as a multi-instrumentalist, even drawing comparisons to John Lennon for his falsetto. From reverb-laden surf riffs to fuzzy, White Stripes-style garage rock, Segall isn’t easy to pin down—and we mean that in the best possible way. Not long ago, Segall moved from San Francisco to Los Angeles. The result is Manipulator, a lush, feel-good album with Britpop and Bowie influences but enough originality that it might bump Segall from critical darling to crowd favorite. This is the fine-print act we’re most excited to catch.

Presidents of the United States of America: Many FYF attendees were in diapers when these guys were dominating the airwaves with the hits “Lump” and “Peaches.” We’re delighted to see the ’90s post-grunge band on the FYF bill, but they didn’t make the cut solely for nostalgia’s sake. In February, the Seattle-based foursome released their first album in five years, Kudos to You! With most songs clocking in at less than three minutes, the album features quirky lyrics and infectious melodies laid over short, punchy rock jams—a hallmark of their sound.

Grimes and Whistleblower Chelsea Manning Are Reportedly a Thing

Elon Musk and Grimes Break Up, Sort Of