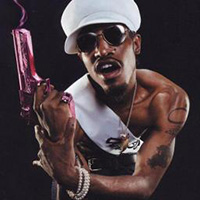 Coachella 2014 is upon us, and you’ve finally settled on the perfect boho-chic ensemble or narrowed down your neon Wayfarers to a mere three choices. Now come the tough decisions, like how to navigate the sea of worthy, small font bands before you settle in for the OutKast reunion.

Day 1: Friday
12 p.m. – By the time you’re finally get through security (more fun than the TSA!) the first thing you may want to see is the bottom of a refreshment glass. We won’t judge, but if you’re in the mood to get the party started, hop over to Gobi and (blitzkrieg) bop to Gabba Gabba Heys, the coolest (read: the only) Ramones cover band at the festival.

1 p.m. – Head straight to the Mojave tent for the raw songwriting of Waxahatchee, an alum of Birmingham’s underground punk scene. She flies under the radar, but her latest album, Cerulean Salt, cracked a number of best-of-2013 lists.

2 p.m. – Stay put in Mojave for ZZ Ward, a soulful songwriter who will make her Coachella debut. Check her out now; she’s opening for Eric Clapton this summer.

3 p.m. – Sneak out of ZZ’s set a bit early to catch the noirish L.A. pop band Dum Dum Girls. Then, duck out of their set so you can see MS MR at 2:50 p.m. on the Coachella Stage (the main stage). If you’re fond of acts like Grouplove, Haim, and Chvrches, then Brooklyn’s MS MR is right up your alley; they’re all artists associated with indie label Neon Gold Records. MS MR’s Lizzy Plapinger is one of the label’s co-founders.

4 p.m. – With their feel-good vibes, strong melodies, and boundless energy, Grouplove captures the essence of Coachella. This is their third consecutive year in the desert, and they just keep getting better. Hopefully, they’ll revive their cover of Whitney Houston’s “I Wanna Dance with Somebody.”

4:50 p.m. – There are some other noteworthy acts in this timeslot, like Aloe Blacc, but if you’ve never seen L.A. sister act Haim perform live, this is your don’t-miss act of the afternoon. Don’t expect the pop vibes of their acclaimed debut, Days are Gone. In person they’re all fiery rock ‘n’ roll. As longtime Coachella attendees, they’re bound to put on a special show at the Outdoor Theater.

5:25 p.m. – Here’s where things get tricky. Haim tends to save the best for last, but London’s Bastille will hit the Mojave stage before Haim is done. The London synthpop band actually beat Haim for “L.A.’s Most Anticipated Coachella 2014 Artist” in a Twitter poll conducted by Alt 98.7. If Bastille isn’t your taste, your best bet is AFI. Sure to put on an electrifying performance, the veteran rockers hit the main stage at 5:20 p.m. (We sat down with frontman Davey Havok earlier this year if you want to brush up on what went into their latest record.)

6:40 p.m. – Pop powerhouse Ellie Goulding will be on the main stage, but we’ll probably be taking a breather to enjoy a Spicy Pie and kick back with the Afghan Whigs as they play tracks from their first record in 16 years in the Mojave tent.

7:55 p.m. – Electro-funk duo Chromeo is sure to get the crowd moving. Plus, Dave from Chromeo is probably the only performer with a Ph.D in French literature. Coolest professor ever. If you’re a Francophile, catch the dense, moody sounds of video director and songwriter Woodkid in the Gobi Tent. After that, get a dose of guitar rock as alternative-rock pioneers The Replacements play the Outdoor Theater at 8:45 p.m.

10:40 p.m. – Go a little heavier with The Cult, which is likely to play a career-spanning set when they take the stage at the Gobi. There’s also good chance the band will play material from their forthcoming album. Careful, though: If you’re not quick on your feet, you’ll miss the start of OutKast at 11:30 p.m. You’ll probably get closer to the stage if you head to Girl Talk’s set at 9:40 p.m on the main stage.

11:30 p.m. – The moment we’ve all been waiting for needs little description. Andre 3000 and Big Boi will resurrect OutKast on the Coachella Stage in what’s sure to be a set that even casual fans will enjoy. We can only speculate as to what special guests they’ve wrangled for the occasion.

Midnight – If brilliant hip-hop reunions aren’t your thing, ††† (Crosses) takes the stage in the Mojave tent at 11:55 p.m. We admit that we’ll be sneaking out of OutKast’s set a tad early to catch part of this new ambient rock collaboration from Deftones frontman Chino Moreno, Far guitarist Shaun Lopez, and Chuck Doom.