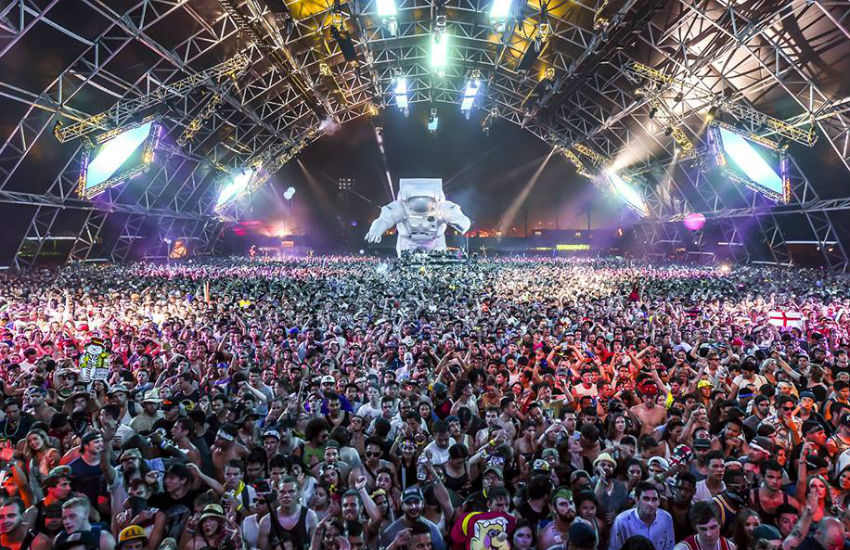 When the 2015 set times were released earlier this week, we breathed a sigh of relief. Unlike years past, there doesn’t seem to be a troubling number of conflicts. We’ll be gliding from stage to stage, never too heartbroken that we can’t be in two places at once. We’ve pulled apart the list and cleared a path for you through each day in the desert. Here’s our hour-by-hour breakdown of must-see acts.

12:30 p.m. – As you early birds start roaming the grounds, stop by Mojave and check out Haerts (pronounced HEARTS). Vocalist Nini Fabi at times recalls mid-Nineties Gwen Stefani with a hint of a sunnier Lana Del Rey. This indie-pop group is one to keep your eye on.

2:30 – Catch Action Bronson. An unfortunate accident turned providential for this gourmet chef turned rapper. Breaking his leg forced him to focus solely on music, and he’s earned the respect of heavy hitters such as Eminem and Raekwon. Don’t miss him on the Coachella stage.

4:15 – The female voice in Gotye’s “Somebody I Used To Know” has a name, and it’s one you ought to know. Kimbra will bring her exuberant, experimental pop to the Gobi Tent at 4:15, but switch gears part way through her set for the folky brother and sister Angus & Julia Stone at the Outdoor Theatre from 4:25 to 5:15. Julia’s voice alone is haunting, but there’s something even more special about the way these sibling’s voices harmonize together.

6:10 – Take a break after Angus & Julia, because the rest of the night is a marathon of great performances, starting at the Coachella Stage with The War on Drugs, an indie rock outfit who earned some well-deserved fame for their third and latest album, Lost in the Dream.

7:00 – The moment The War on Drugs finishes their set, Alabama Shakes take the stage at the Outdoor Theatre. If you’ve had your fill of the Alabama band’s soulful rock, Interpol will bring a catalogue full of critical acclaim to the Coachella Stage at 7:25.

8:15 – It’s hard to understate the influence Steely Dan has had on countless artists, and if you’re still scratching your head about this choice of main stager, put down your Spicy Pie and go have your mind blown.

9:15 – Tame Impala at the Coachella Stage. No question. The psychedelic Australian project led by Kevin Parker hasn’t faltered since their self-titled EP in 2008. So, far their newest album, which they’ll likely preview, doesn’t sound like it’ll disappoint. It’s nice to see them make the jump to headliner since their mid-level slot two years ago.

10:35 – For those about to rock (we couldn’t resist), rock royalty AC/DC takes the stage for the loudest set of the night.