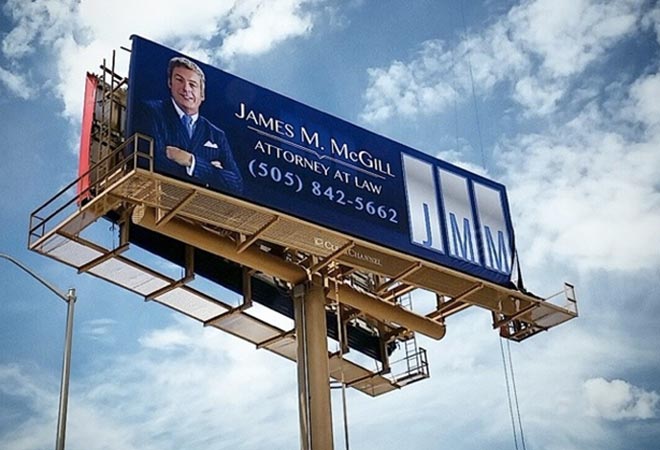 Share
Email
Facebook
Twitter
Pinterest
ReddIt
WHAT: A billboard recently went up in Albuquerque advertising the services of attorney James McGill. Does that face look familiar? It should. It’s Saul Goodman, Breaking Bad’s legal eagle. (He was known as “Jimmy McGill” before changing his name to Saul.) If you’re jonesing for the drug-dealing drama, don’t worry. Everyone’s favorite low-rent lawyer is getting his own series, Better Call Saul, set to debut in early 2015.
VERDICT: Fantastic! The real billboard is emblazoned with a real phone number that plays a message recorded by real actor Bob Odenkirk—as fictional character Jimmy McGill. We love the surreality of it all, and we were already excited about Saul’s spinoff. Hurry up, already, Vince Gilligan!
RELATED: Saying Goodbye To Breaking Bad, TV’s Most Addictive Crime Show