Home Art You Can Kill Two Gross L.A. Stereotypes with One Stone This Weekend 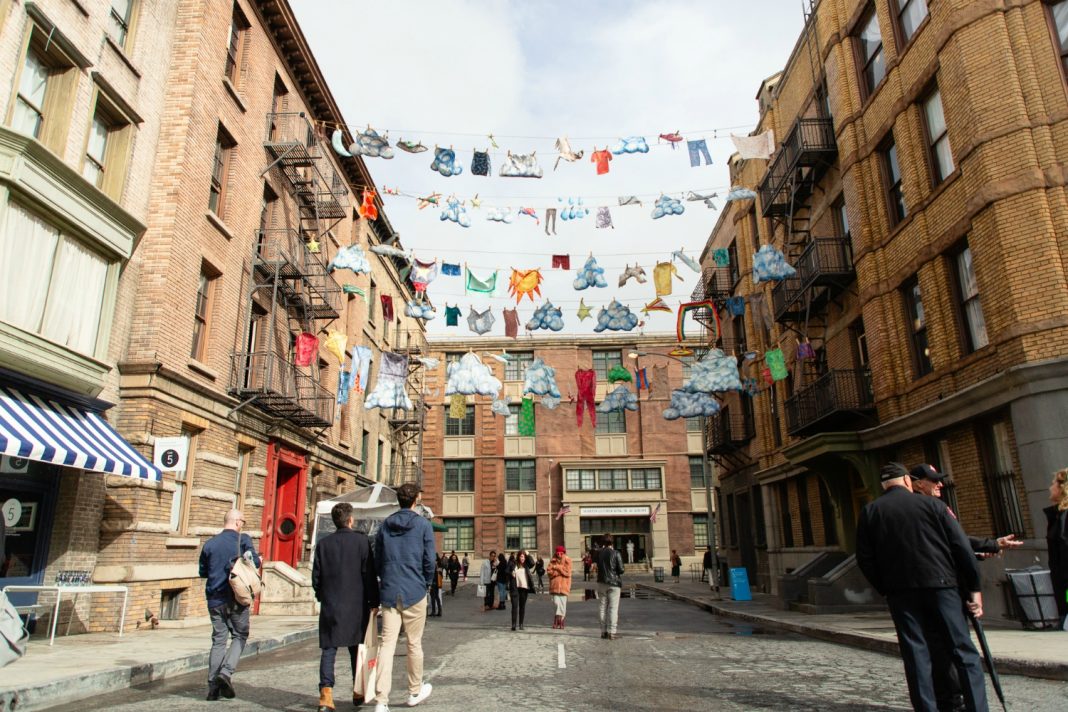 The weather’s been several shades of shitty for the past few weeks, but the apps all say that skies will clear, and in that case we all need to work together to quash a couple of stale notions about L.A.: that Angelenos don’t walk and that they don’t care enough about art to sustain an international art fair. Tou-fuckin-ché.

The first ever Frieze Los Angeles is bringing 70-plus contemporary art galleries to the Paramount lot this weekend, and we just got word that they’re releasing additional curated program tickets for the weekend. Those give access to the New York City Street backlot of Paramount Pictures Studios, plus Frieze Projects, Frieze Talks and Film, and restaurant pop-ups (including the return of Baroo, dudes). They do not, however, include admission to the galleries. Those are $20 for adults, $10 for students, and $5 for kids 12 and younger—get them here.

Or, OK fine, you can’t make it to Paramount but still want to get out and see some art. On Saturday, Frieze is promoting the L.A. Walk of Art, a series of a dozen self-guided routes through L.A. for gallery hopping, eating, etc.

Some of the tours are entirely on foot—for instance, a ten-stop tour through Hollywood that starts at Nonaka-Hill and ends at Kohn Gallery—while others incorporate Metro and driving, like a nine-stop tour from Nino Mier Gallery in WeHo to Marc Selwyn in Beverly Hills.

All 12 routes are listed below with links to Google Maps.

ROUTE 1: Highland Ave. & Santa Monica Blvd. in Hollywood
A ten-stop walking tour through one of L.A.’s newer and most concentrated clusters of galleries and non-profits.
> Google Maps directions

ROUTE 3: From WeHo into Beverly Hills
A nine-stop driving tour with visits to design and architecture spaces in addition to art.
> Google Maps directions

ROUTE 5: From the East Side & beyond
A long, ten-stop trip traversing several neighborhoods on the East Side of L.A. (between Hollywood and DTLA) and reaching around to Pasadena and Alhambra.
> Google Maps directions

ROUTE 6: From Chinatown to DTLA
Nine drivable stops that begin with artist-run spaces in and around Chinatown, and lead to the museums of L.A.’s urban center.
> Google Maps directions

ROUTE 7: In and around DTLA
A driving tour with eight stops, including new destinations like Hauser and Wirth and ICA LA.
> Google Maps directions

ROUTE 12: The beach, the valley, and in between
A long haul that begins with galleries in Venice and hits the Hammer and Fowler in Westwood, plus CSUN in the Valley.
> Google Maps directions

RELATED: With the Arrival of Frieze, L.A. Finally Has the International Art Fair It Deserves

Before He Died, Legendary Producer Robert Evans Made One Final Push to Stay in the Picture